A brief overview of the cookbook I will be reviewing this month: “The Walking Dead: The Official Cookbook and Survival Guide”

This cookbook is a new one for me, so I haven’t tried any of the recipes yet.  It looks like it’s pretty current, since they reference Negan several times and he first appeared at the very end of Season 6 (they’re in Season 8 right now).

About The Walking Dead: 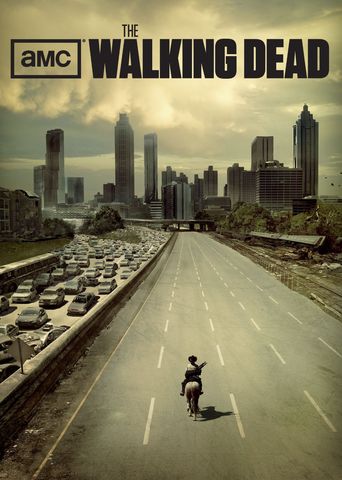 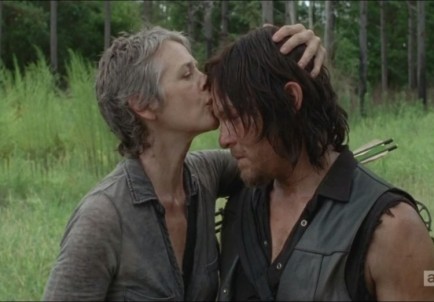 The Walking Dead is a television series based on a comic book series (by Robert Kirkman), and it’s still currently airing on AMC.  In the first episode the lead character, Rick Grimes, wakes up in the hospital and learns that a zombie apocalypse occurred while he was unconscious.  The series follows Rick as he tries to keep himself and his family alive, and navigate this new world.

Of course there are people who use the apocalypse for their own good and to elevate their status (*cough* Negan *cough*), those who are ready to kill anyone who comes near them out of pure fear, and those who are desperately looking for any group to join that will hopefully help keep them alive.

I’ve never read the comic books, but they’re on my wish list.  I’m 100% addicted to the show.  Even when it lost some viewers during their slow mid-seasons, I was there watching every episode and waiting for it to pick back up again.

This cookbook is a lot of fun to flip through!  Not only does it have recipes, but they also have a ton of survival facts at the beginning.

The first chapter of the book is called “Food Survival Basics,” and it’s all information to help you get through whatever survival situation you may be in (zombie apocalypse, earthquakes, etc.).  Hunting and fishing basics, power hacks, how to scavenge and barter, intro to foraging, preserving meat… there’s a ton of info here.

The recipes themselves give you suggestions on how to “substitute” certain ingredients based on what’s available to you during this zombie apocalypse (or whatever survival situation you’re currently in), as well as how to enhance the recipe to your liking.  For instance, espresso powder could be added to Carl’s Chocolate Pudding for a mocha flavor, or use pork ribs if boar isn’t available to you for the Wild Boar Chops.

The production value in the book is really nice.  All the pages look worn and stained, as though this book actually came straight from the apocalypse.  Even the pictures they included look like they were ripped, and taped into the book.  And the photographs are really nice, but grungy and dark at the same time.