A Feast of Ice and Fire: Medieval Mulled Wine

A review of Medieval Mulled Wine from the A Feast of Ice and Fire cookbook.

Mmmm…mulled wine.  Just hearing it makes you feel warm and fuzzy, doesn’t it?

Mulled wine is one of my favorite winter beverages, and this recipe was very, very easy!

One of the ingredients is “Poudre Douce” (a spice mixture), which you’ll need to assemble beforehand.  The recipe for the Poudre Douce is at the beginning of the cookbook.  It has some weird stuff in it, like Grain of Paradise, which I had trouble finding.  Luckily there’s a substitute for everything, so we used black pepper instead.

When I said very, very easy, I meant it.  Steps include: bring wine to boil, toss in all spices, nuts, and dried fruit, and then let simmer for 20 minutes.  Be prepared for the splash factor when you add in the fruit and nuts!

After about 10 minutes of simmering I noticed that a large amount of wine had evaporated, so I semi-covered it with a lid to prevent too much more of the wine from disappearing. 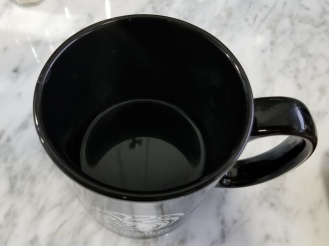 It may have been too late though, because we weren’t left with much.  The recipe says it should make enough for four people, but we only had enough for two half-mugs.  That was pretty disappointing.

It was also a pain to carefully scoop out the wine without disturbing the spices that settled on the bottom of the pot.  We ended up with some in our mugs anyway, and did not enjoy accidentally drinking that gunk.

You can find the complete recipes for both the Medieval and “Southron” (modern) version of mulled wine here!

The flavor was good, but I’ve had mulled wine before and this was not a favorite.  That being said, the spices and dried fruit did work well together with the wine and we both liked the flavor.

Aside from struggling to scoop out the liquid, this recipe was extremely easy to make.

You’ll have to buy a bottle of wine, of course, which is the biggest cost here.  You may need to purchase some spices, nuts, or dried fruit as well.

Even though the recipe calls for just one bottle, I’d recommend throwing in a second bottle if you plan on making this for more than just yourself.  I also recommend covering the pot while it simmers on the stove to avoid a lot of evaporation.

1 comments on “A Feast of Ice and Fire: Medieval Mulled Wine”