The Hunger Games: Pea Soup For Your Sorrows

Pea Soup For Your Sorrows

“When I come to, crawling out from between the boxes of chalk and pencils, it’s dinnertime again.  I get an extra-large portion of pea soup and am headed back to Compartment E when Boggs intercepts me.” – Mockingjay, Chapter 9

I was able to get this started over my lunch break so it was nearly ready to eat by the time I got home.

The steps are pretty simple: 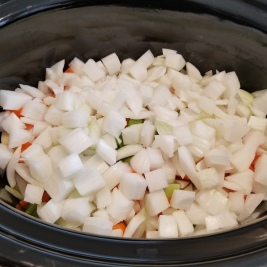 To be honest, I misread the instructions the first time and thought both the split peas and frozen peas were being added toward the end.  So my split peas were not placed on the bottom of the slow cooker, but at the top once I realized my mistake.  It didn’t seem to affect how they cooked at all, though.

The recipe was good, but not my favorite pea soup.  I think it would have been better with some sort of meat added, like ham or bacon. 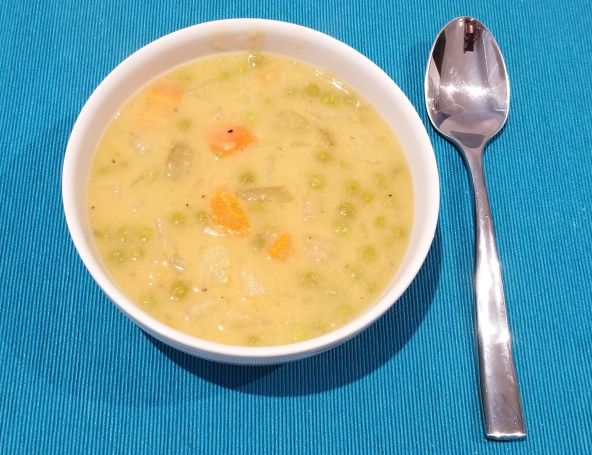 Very good soup, but not the best pea soup I’ve had.  Additional toppings would have been great: ham, bacon, chives, etc.

Just toss everything into the slow cooker and let it run! 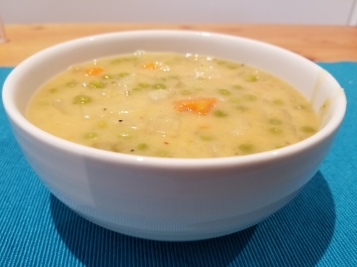 You will probably need to buy most of the ingredients in this one: split peas, potatoes, carrots, celery, onions, chicken or vegetables stock, and frozen peas.  You may have milk and garlic cloves already on hand.

The good thing is that the recipe makes a lot of soup!