A brief overview of the Orange is the New Black Cookbook, which I will be reviewing this month.

This should be a fun cookbook to try out!  Orange is the New Black Presents: The Cookbook.  This is an official cookbook for the show; Jenji Kohan, the creator of the show, is even listed as one of the authors!

About Orange is the New Black:

Orange is the New Black is a Netflix Original television series based on a memoir written by Piper Kerman called “Orange is the New Black: My Year in a Women’s Prison.”  It follows Piper Chapman, as well as many of the other inmates, as they try to get through life at a minimum-security women’s federal prison.

If you’ve ever seen Weeds, the show kind of reminds me of that type of style.  In fact, it’s the same creator.  It’s a combination of comedy mixed with very serious topics. 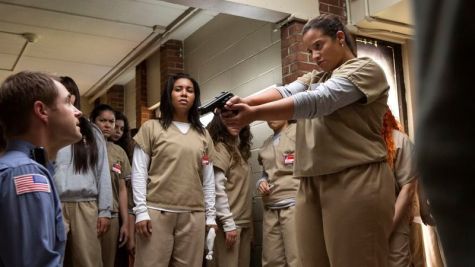 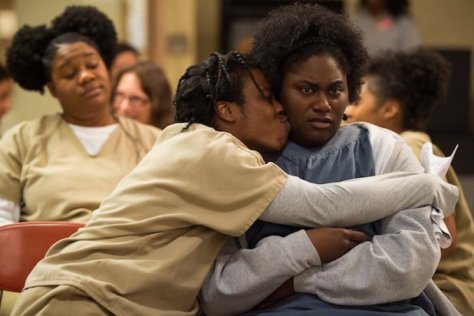 “Official” cookbooks are always the most fun to flip through, and this one does not disappoint!  There are tons of high resolution photos from the show, fun quotes printed throughout, and even a copy of the love poem that Crazy Eyes (Suzanne) wrote for Dandelion (Piper).

Throughout July, these are the recipes I’ll be taste-testing: