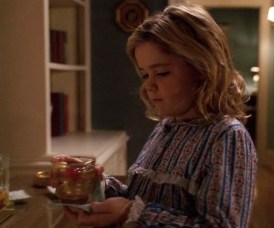 This drink makes an appearance in the 2nd episode of Season 2, while the Drapers are playing bridge with the neighbors.  The ladies both ask for a Tom Collins, so Don explains how to make them to his daughter, Sally.

The drink itself involves five ingredients and two extra for garnish.

First, the gin, lemon juice, and powdered sugar are put in a cocktail shaker with cracked ice and shaken well.

Then it’s strained into a glass over ice, and club soda is added.  Half of a lime is squeezed and stirred in. 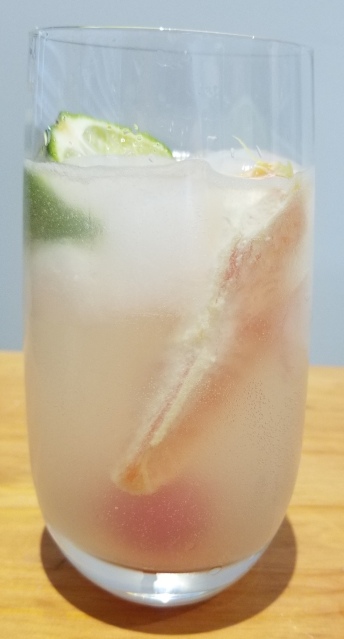 Finally, the shell of the lime, a slice of orange, club soda, and a maraschino cherry are added as garnish!

I was actually surprised at how much I enjoyed this drink!  As I mentioned before, I don’t really like gin, but this was delicious!  I’m sure the powdered sugar helped, as did all of that citrus.

You will need a cocktail shaker for sure, or at least something to shake up the ingredients in without spilling.  It makes all the difference!  I actually used a travel water bottle.

If you already have gin, then the price is minor.  But if you need to purchase some gin, the price definitely goes up.

Other ingredients include a lemon, orange, lime, powdered sugar, and a maraschino cherry. 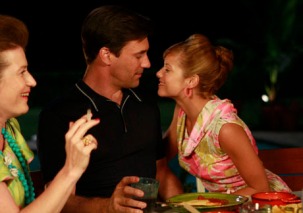 In Season 2 Episode 11, Don runs off with a woman named Joy during a business trip to Los Angeles.  She takes him to Palm Springs where he tries his first Mexican food ever: Chile Rellenos.

Since I live in Los Angeles, I’ve of course had TONS of Mexican food…but until now, I had never actually tried this dish!

It starts with the sauce: crushed or diced tomatoes are combined with minced onion and salt & pepper in a saucepan and cooked on the stove over low heat.

While the sauce is cooking, the chiles are prepared.

The green chiles I used were already cut at the top with the seeds removed, but that is a step listed in the recipe.  I supposed it depends on the brand of canned chiles you purchase.

Each chile is stuffed with a strip of cheese.  Don’t worry if some cheese breaks the chiles a bit – mine did, and they still turned out totally fine. 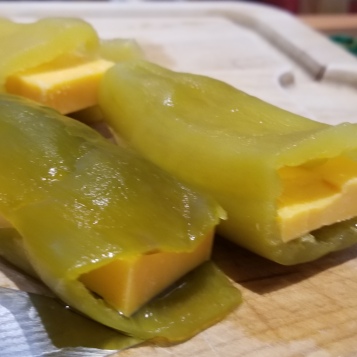 Then the egg yolks and egg whites are beaten separately before being mixed together.

The chiles are dipped into the egg mixture and coated as well as can be, and then sauteed over the stove.

These sauteed chiles are topped with the sauce and ready to serve! 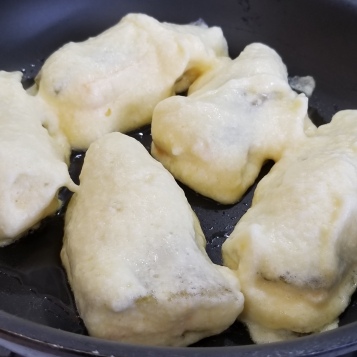 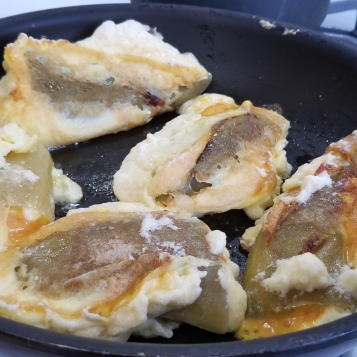 I don’t even like chiles that much, and this dish was AMAZING!  You mostly taste the cheese and tomato, so it tasted kind of Italian to me. 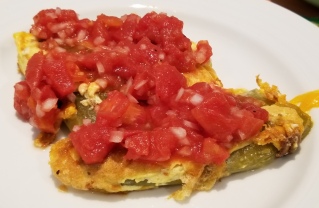 The sauce is simple to make, but working with the egg for the chiles is what took some effort here.  You’ll need an electric mixer to beat the eggs properly, and when you flip the chiles expect some of the egg to slide off.

You will need to purchase canned crushed or diced tomatoes, canned whole green chiles, an onion, and possibly cheese and eggs.