A review of Jerry’s Deviled Eggs from The Unofficial Mad Men Cookbook.

I was trying to do these Mad Men recipes in consecutive order as they’ve been seen on TV, but somehow I missed this one!

The deviled eggs make an appearance in Season 2 Episode 4.  They are seen on the coffee table in front of Gerry, Peggy’s brother-in-law, as the family awaits the arrival of Father John Gill.

One important thing not to miss in this recipe is that the eggs should be room temperature before you boil them.  If you put cold eggs into boiling water, expect them to crack from the temperature difference!

Once the eggs are hard boiled, they’re cut in half and the yolks are scooped out. 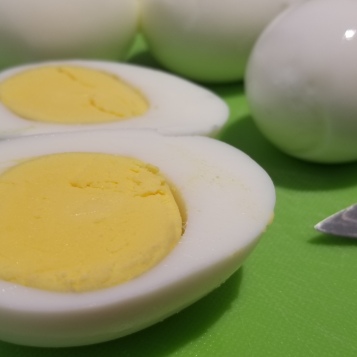 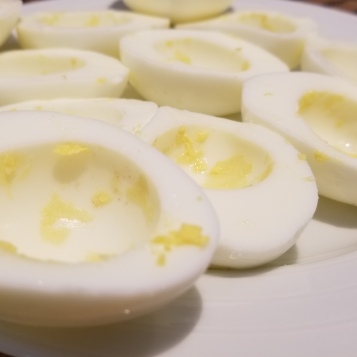 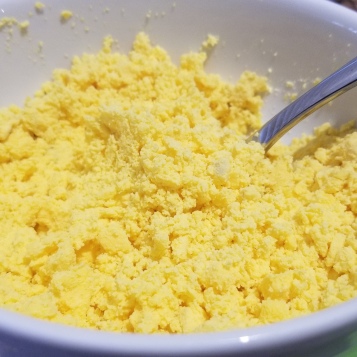 The yolks are mashed, and then combined with mayo, dry mustard, cayenne pepper, salt and pepper before being scooped back into the egg whites. 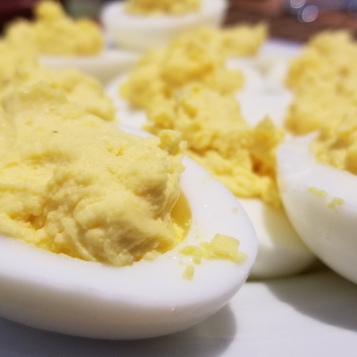 Finally, some paprika is sprinkled over the eggs and they are refrigerated until ready to serve.

He actually tried heating them in the oven and added extra salt, and said he liked them a lot better that way.  So I tried them too, but I still didn’t enjoy them at all.

You’ll need to hard boil eggs, mix ingredients, and fill eggs.  Not much to these!

Aside from the eggs, the only things you might need to purchase are mayo and some dry spices.