Both of these recipes are from the 2nd episode of Season 4.

Faye Miller offers these as a thank you to senior staffers for filling out a questionnaire. 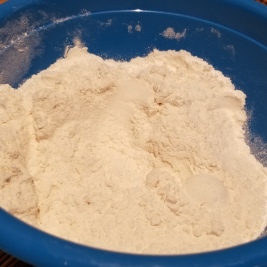 Rounded tablespoons of dough are then placed on a cookie sheet and baked in the oven until golden brown.

My cookies only took 7 minutes to bake, so the first batch came out a bit overcooked but the 2nd batch was perfect!

I actually really like the size of these!  They were little bite-sized treats.  Though, it turns out that can be quite dangerous if you’re not paying attention while snacking!  We devoured ALL of them!

These were amazing!  Chewy and perfect!

These aren’t too challenging to assemble.  Just measure and mix ingredients, scoop onto a sheet, and bake.  You will need to pay close attention while they’re in the oven, though, to avoid overcooking. 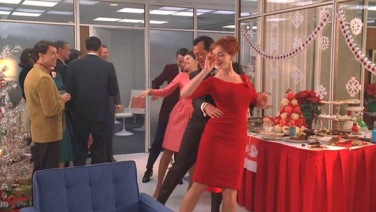 These popcorn balls appear at the Sterling Cooper Pryce Christmas Party.  Theirs are a combination of red and white, though, while these ones are just white.  If you’d like to make yours red as well, just add some red food coloring to your marshmallow/butter mixture!

My last attempt at popcorn balls did not go over well and I ended up burning the entire batch!  These, however, do NOT go into the oven, so the burning risk is minimal.

Once you pop your popcorn (ideally using kernels over the stove and not the microwave bags), a large bowl is buttered and the popcorn is placed in there. 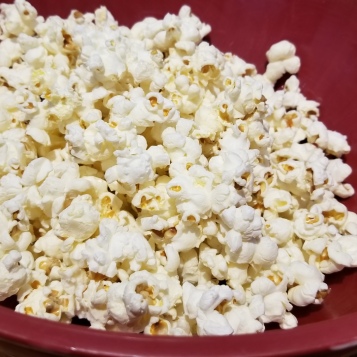 Then the marshmallow/butter mixture is poured over the popcorn and mixed together.  The mixing was actually a bit difficult, since the marshmallow plops down in one big blob and didn’t want to separate much.  Some of my balls ended up having a lot of marshmallow in sections, and barely any in others. 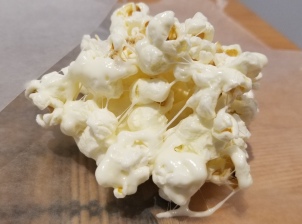 Finally, the marshmallow-y popcorn is shaped into balls and wrapped in wax paper.  This was also a bit tricky, since the marshmallow is EXTREMELY sticky!  I had trouble getting it off my hands each time I shaped the popcorn balls!  I might try picking them up with the wax paper next time, instead of my hands.  I don’t know if that will be any easier, though. 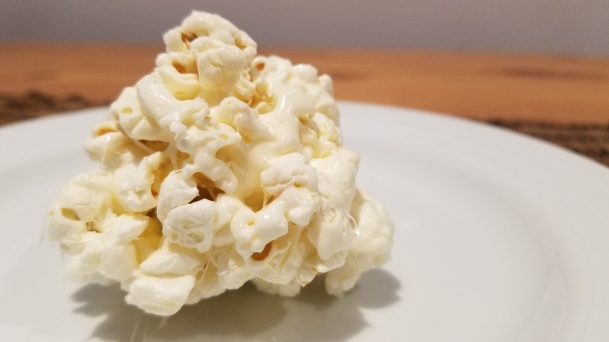 These are kind of like Rice Krispie Squares, but with popcorn instead of Rice Krispies.  I think they could have used a little bit more salt than the recipe calls for, but were otherwise delicious!

Prepare the ingredients is quite easy, but the challenge was mixing and shaping the balls.  The marshmallow is very sticky, making it difficult to work with.

The only ingredients included in this recipe are popcorn, marshmallows, butter, and salt.  And you probably have at least half of those ingredients already!