A final review of “The Unofficial Mad Men Cookbook.” 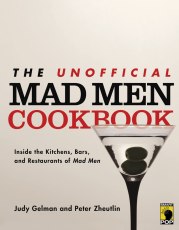 I really liked cooking from the Mad Men cookbook!  Turns out that food in 1960s New York is pretty darn good.  They do love their alcohol and their cream sauces, but I am certainly not complaining!

The instructions were pretty easy to follow, so I didn’t have very many issues, but there was some confusion over the Old Fashioned and whether or not the “muddled” ingredients (cherry and orange slice) were supposed to be in the final drink.

Costs were mostly average, though the recipes with alcohol of course tended to be more expensive, and some of the snacks and sides were on the cheaper side.  And the same is true for difficulty level – most were average, but the drinks, snacks and sides tended to be easier to assemble.  Actually, I think the only difficult meal to make was the Chicken Kiev!

Not all of the recipes are directly from the show.  Most are at least seen in the background, but many are recipes from New York hotels and/or restaurants that were willing to share recipes with the authors of the cookbook.  These hotels/restaurants all made an appearance in the show at some point, though, so it’s very feasible that the Mad Men characters would have tried the dishes at some point.

The drinks were all a bit too strong for me so I didn’t end up saving any of them, but surprisingly the Tom Collins came pretty darn close!  And I say surprisingly, because gin is my enemy.  I will be saving the following 5 recipes, though:

Honorary Mention: Popcorn Balls!  These turned out so much better than the last attempt, and I absolutely loved them.  The only thing is, they taste basically like Rice Krispie Squares and Rice Krispies just work better in my opinion. 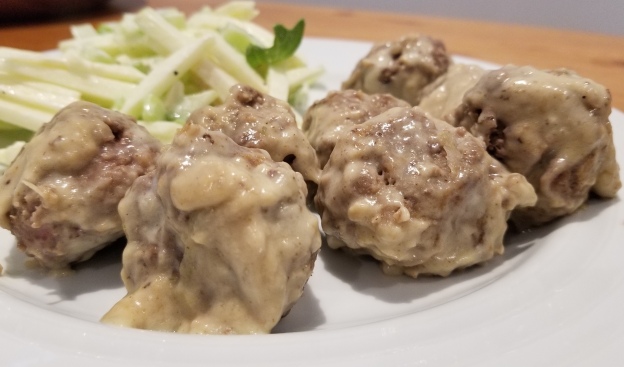