A review of “Maria’s Valentine’s Day Cookies” from the Orange is the New Black Cookbook.

The Orange is the New Black cookbook actually has a few holiday recipes!  This one makes an appearance in Season 2, Episode 6 of the show.  The Spanish ladies whip up batches of these in the kitchen on Valentine’s Day, and then they’re seen throughout the rest of the episode in multiple storylines.  But in this cookbook, the cookies are chocolate instead of vanilla. 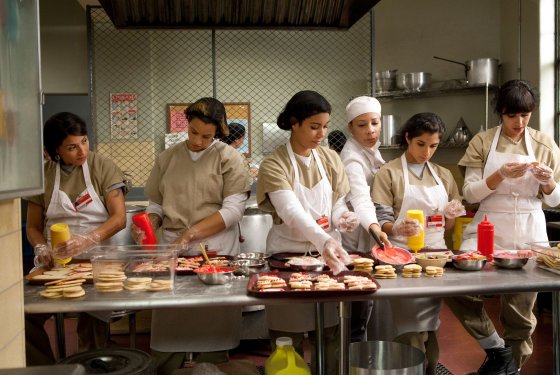 As with many baking recipes, the wet ingredients and dry ingredients are mixed together separately, and then combined.  I was able to use my beautiful new KitchenAid mixer for the first time to help me with this!

Once everything’s combined, it’s gathered into a ball and refrigerated for 2 hours (up to 2 days). 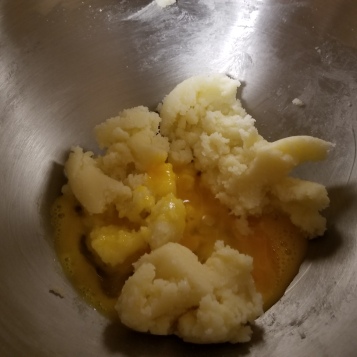 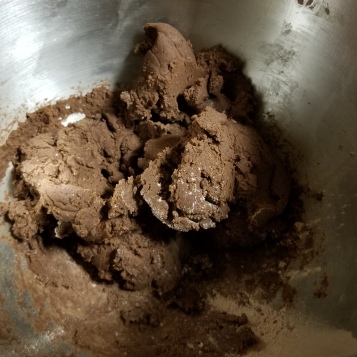 Once you’re ready to cook, the oven is preheated, the dough is rolled out and cut into heart shapes with a cookie cutter, and into the oven they go.  I cut the recipe in half and was able to get about 9 1/2 cookies out of it. 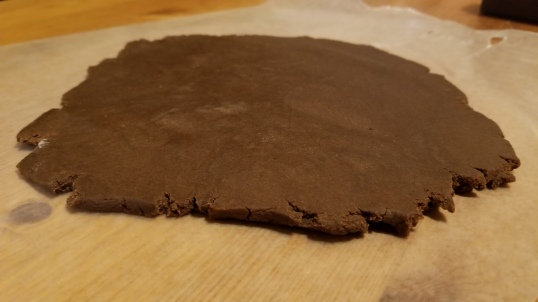 While the cookies cooled, I crushed some cinnamon candy…not an easy task!  They suggest putting the candies instead of a heavy-duty ziploc bag and rolling over it with a rolling pin, but my rolling pin is a light wooden one (the cheap kind), and I don’t have any “heavy-duty” ziploc bags.  So I ended up crushing them with the bottom of a wine bottle, which worked great (except for all the tiny crushed pieces of candy now stuck inside the ridges of that wine bottle).

Once the cookies were cool, the icing was quickly mixed together (just powdered sugar and water), drizzled over the cookies, and the crushed candy was sprinkled over top.  Finally, they sit for about an hour to let the icing harden.

They’re okay, but I wouldn’t make them again.  I thought they were a little dry and boring for my taste.  The cinnamon flavor is nice, though, so I would recommend doing the crushed candy route instead of the sprinkles option they give you.

You’re working with dough here, but it’s not overly sticky or challenging to work with like some can be.  Mostly this is just a time-consuming recipe. 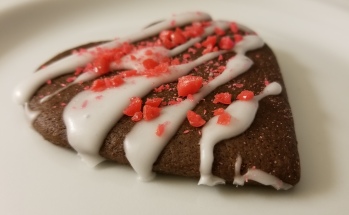 Most of the ingredients will already by in your cupboard: flour, cocoa powder, baking powder, baking soda, salt, butter, sugar, eggs, vanilla extract, and powdered sugar.  The two things you’ll likely need to buy are cinnamon candies and a heart-shaped cookie cutter if you don’t already have one.