A review of Nicky’s Moscow Mule from the Orange is the New Black Cookbook.

Moscow Mule isn’t just a delicious drink; it’s also the title of an episode of Orange is the New Black!  In the episode, everyone in the prison gets sick but Nicky seems to be immune:

Nicky: I don’t believe in getting sick.
Piper: Wow…mind over mucus, huh?
Nicky: Yeah.  That and I stockpile from commissary.  I’m on a cough syrup cocktail that would make Lil Wayne vomit in his dreads. 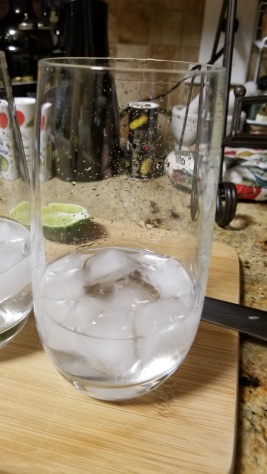 This is a simple little recipe to make if you want a mixed drink quickly.  The following are thrown into a glass in order: ice, vodka, lime juice, and ginger beer.  An added mint sprig is optional. 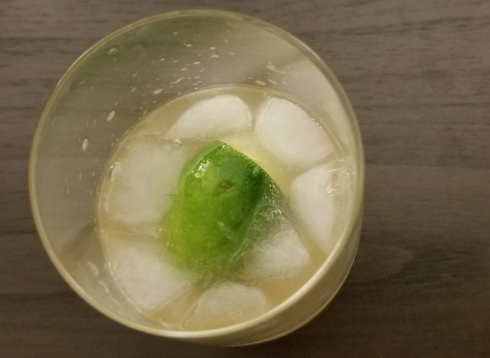 This was really good.  I love ginger beer, and honestly I think it goes with pretty much everything.  Higher-end vodka and a juicier lime would have improved this to a 10/10.

Just throw everything into a glass and enjoy!

Ingredients include vodka, lime, and ginger beer.  Vodka would be the most expensive item, but it’s available in mini-sized bottles to save on costs.