A review of the “If Looks Could Kale Burger” from the Bob’s Burgers Burger Book.

If Looks Could Kale Burger 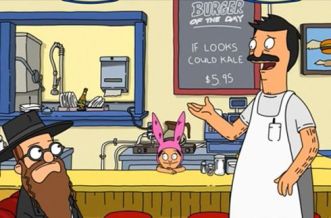 This burger is on the board in Season 2, Episode 7.  And this time it’s not just the burger, but a side dish as well!

Once again, it should be noted that there’s an ingredient written into the list that’s not included in the instructions at any point: garlic.  And I think this probably would have been a great addition to the burger, had they told me at what point it goes in.

The Orzo Salad is made first by cooking orzo in chicken broth and mixing with chopped tomatoes and rosemary.  It says it can be served hot or cold, but I’m not a huge fan of cold pastas so ours was still warm when served.

I found there was not enough chicken broth for the amount of orzo.  It should have been cooked a bit longer in my opinion, with more liquid to soak in. 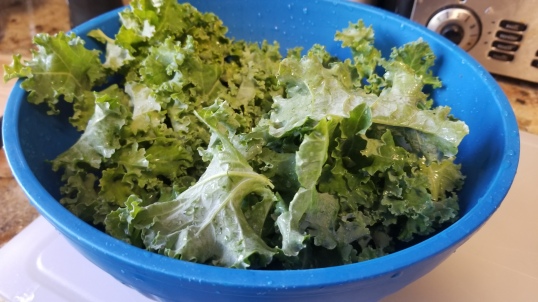 The kale is actually baked in the oven next, which I think added a nice texture and flavor to the burgers in the end.

The burgers are prepared as usual in whatever style you want.  We cooked ours over the stove since we don’t have a barbecue.

When the burgers are done and the burger buns are toasted, it’s time to layer the burgers: bun, burger, gruyere cheese, crispy kale, top bun.  And a side of orzo! 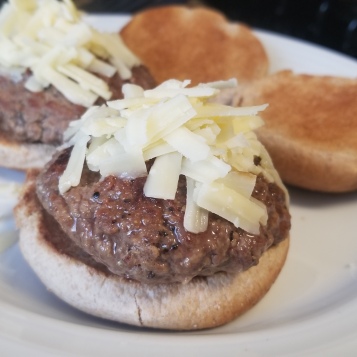 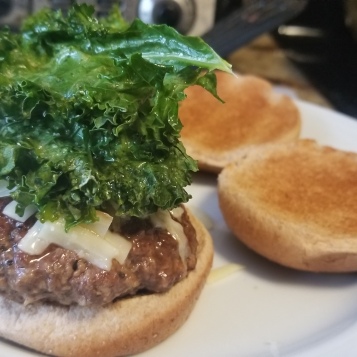 My husband really loved this, and I thought it was very good as well.  The gruyere was really good on the burger, and the rosemary in the orzo was a nice addition as well.

Lots of cooking involved in this one between the orzo, kale, and burgers!

You’ll need chicken stock, orzo, tomato, rosemary, ground beef, gruyere cheese, hamburger buns, and kale.  Garlic is also listed as an ingredient, but there aren’t any instructions on when/where to add it in.

1 comments on “Bob’s Burgers: If Looks Could Kale Burger”