A review of “A Hush-ed Puppy” from the True Blood Cookbook.

A Hush-ed Puppy by Maryann Forrester 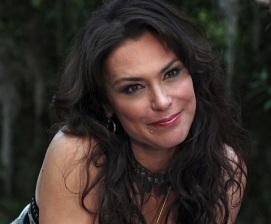 Maryann Forrester would have a recipe with a dark name like this.  Especially given her rocky relationship with shapeshifter Sam Merlotte, who often takes the shape of a dog.  And we know she’s not afraid of snuffing out those who get in her way!

I really enjoy hush puppies, though I’ve only had them a few times, so I was hoping for a nice taste on this one.  I actually just had some recently at Rhinehart’s Oyster Bar while in Augusta, GA for work, and those were absolutely delicious so I’m somewhat comparing!

Hush puppies use very few ingredients, which means not too much prep time.  That’s always nice!  What’s not so great about this recipe is that it does involve the deep fryer, which can be tricky to get to an exact temperature sometimes, especially if you’re frying over the stove instead of in an actual fryer. 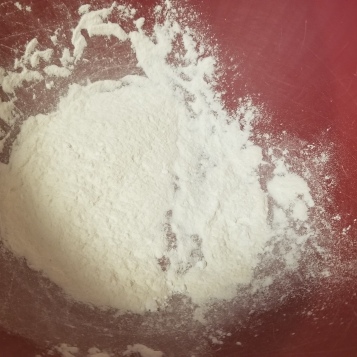 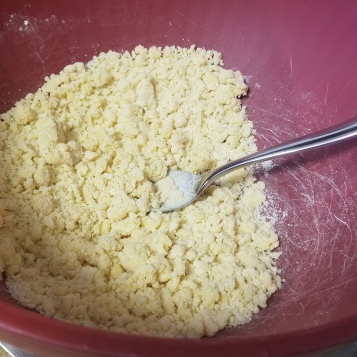 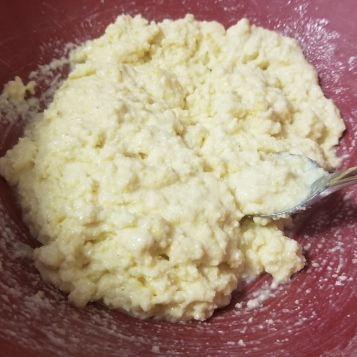 First, the dry ingredients are mixed together (flour, baking powder, salt, cornmeal), followed by the wet ingredients being added (eggs and buttermilk).  Finally, the green onion and garlic are mixed in.

Once the oil is the correct temperature, rounded spoonfuls of the mixture are plopped into the oil (carefully!) and cooked for about 3 minutes until browned evenly all the way around.

They’re then drained on paper towels, sprinkled with salt and pepper, and ready to eat while hot! 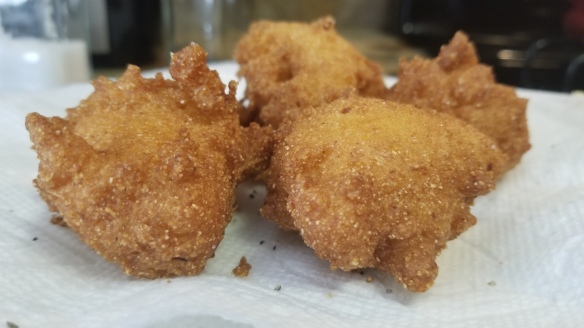 I thought these were pretty bland and boring.  The green onion and garlic flavors didn’t come through enough, and this definitely needed more flavor.  Maybe if I used lard to fry instead of vegetable oil it would have tasted a bit better.  I think more green onion and garlic is needed as well.  They were also a little bit dry, which I think happened while I was waiting for the oil to heat up.  I probably should have added a little bit more buttermilk before I started adding the batter to the oil.

The batter is super simple to prepare, but the tricky part here is the frying.  I always find it’s not only tricky to get the temperature accurate, but also to ensure you don’t over or under fry your food.

All you need is flour, baking powder, salt, cornmeal, eggs, buttermilk, green onion, garlic, and vegetable oil or lard for frying.  Most of those are likely in your pantry already!