Desperate Housewives: Everything You Always Wanted to Know About Grilled Cheese

Grilled cheese is one of the meals that brings me straight back to my childhood.  They were always exciting, because it meant we weren’t eating a boring cold cut sandwich for lunch that day.  Plus, what’s better than melted cheese?

This particular recipe has options, so I made a few different sandwiches.  All included white cheddar, two had bacon, and one of the regular cheese and one of the bacon also had parsley added to the bread.

This is one of those recipes where it’s hard to describe the method without giving away the recipe, so I’m not going into detail.  You’ll have to get the book if you want to test it out!  To be honest though, the basic grilled cheese was made the same way I’ve made them since I was a kid, so it’s probably pretty similar if not the same as what you’ve been making as well. 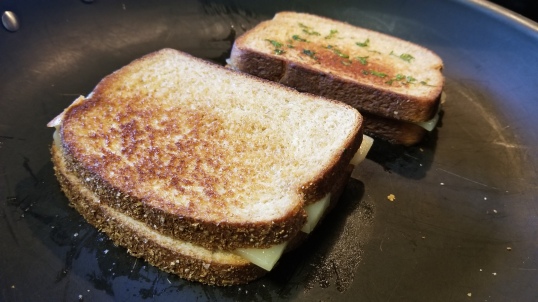 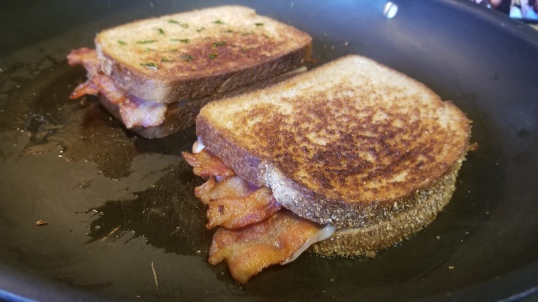 They do help out with which temperature to cook it and things like that, as well as ideas about what can be added. 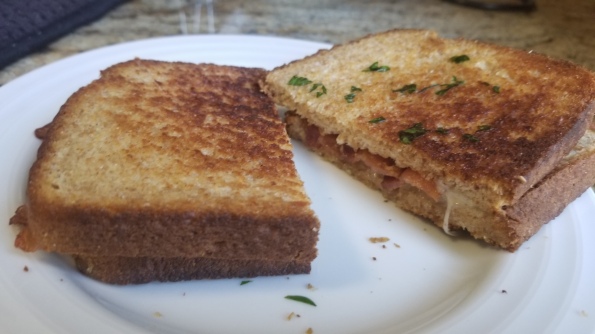 Maybe I’m a purist, or maybe I needed a different type of cheese to pair with the bacon, but I actually liked the plain cheese sandwich more than the bacon and cheese.

And the parsley being added to the bread didn’t make a difference at all – I could barely taste it.  I wouldn’t make the extra effort to add parsley the next time. 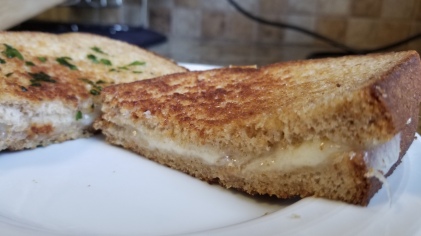 Grilled cheese is not tough at all.  Just keep an eye on your sandwich to make sure it doesn’t burn while on the stove.

All you need is bread, cheese, and butter, plus any other additions you’d like to add.