A review of the Traditional Pina Colada recipe from the Orange is the New Black Cookbook.

This recipe is found on the same page as “Gloria’s Rico Colada” within the OITNB cookbook, at the bottom of the page.

It’s actually quite simple – just a combination of pineapple juice, rum, sweetened cream of coconut, and ice.  Toss it all in a blender, pour, and enjoy! 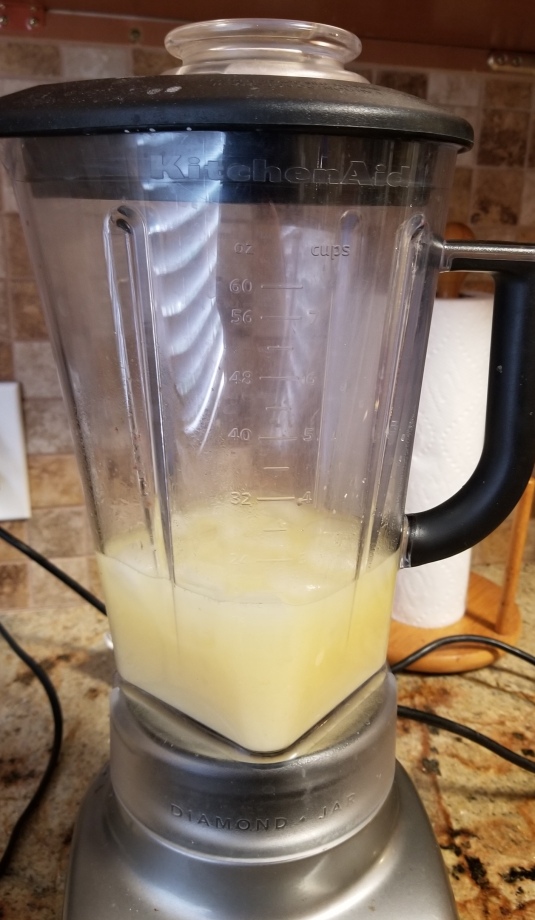 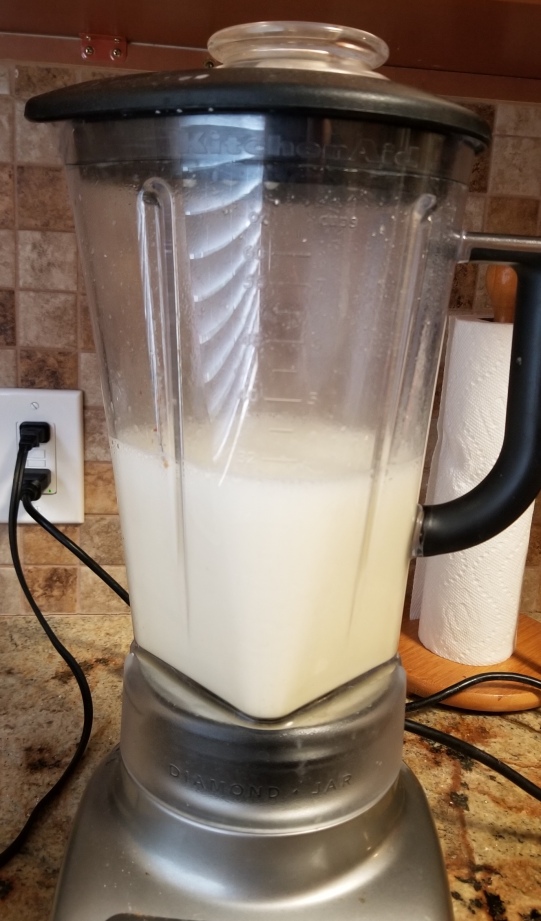 The recipe gives you the option of white rum, dark rum, or coconut rum.  If I had coconut rum I would’ve used that, but I opted for white rum instead since it’s what I had on hand.  I had dark rum on my shelf too, but it seemed wrong for a pina colada. 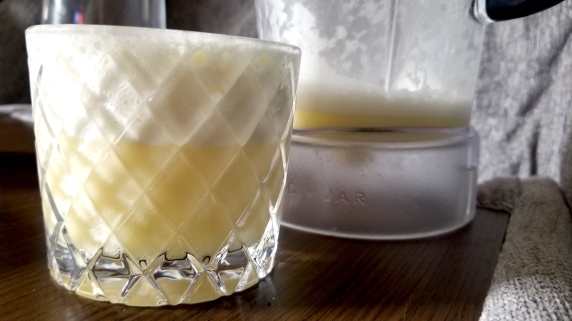 Good, but not the best pina colada I’ve ever had.  It was also far too liquidy, but that can be remedied by adding more ice. 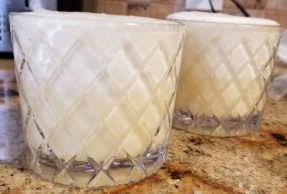 Just throw it all into a blender, blend, and pour!

The big cost here is rum of course, but you’ll also need pineapple juice and cream of coconut, which isn’t cheap.

A Note on Cream of Coconut:

I had some trouble finding cream of coconut, but ended up finally locating it in the “bitters” section of our grocery store next to the alcohol.