My only concern going into this recipe was the fact that Susan is notoriously BAD at making macaroni and cheese in Desperate Housewives!  It’s hard to forget this fact after the very first episode – not only is there a full narration about the numerous times Susan’s failed to cook it properly, it’s also the entire basis around how Susan and Mike first meet at Mary Alice’s funeral.

Susan: Oh, I wouldn’t eat that if I were you.
Mike: Why?
Susan: I made it, trust me.
[Mike goes for a bite]
Susan: Hey, hey, do you have a death wish?
Mike: No, I just refused to believe that anybody can screw up macaroni and cheese.
[Mike takes a bit and grimaces]
Mike: Oh my God.  How did you… it tastes like it’s burnt AND under-cooked.
Susan Mayer: yeah, I get that a lot.

To start this macaroni & cheese recipe, you bring a pot of water to boil and make a Bechamel sauce – this step is NOT foolproof, but they get away with it because the Bechamel sauce is technically a separate recipe.

For the Bechamel, butter is melted in a saucepan and then milk is added.  Don’t stop whisking unless absolutely necessary at this point, because you don’t want the milk to burn.  The milk simmers for 5 minutes before spices are added and the sauce is removed from the stove.  Shredded cheddar cheese and Gruyere or Emmenthaler cheese is stirred in. 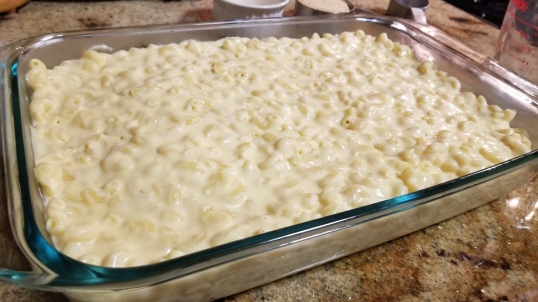 Meanwhile, once the water comes to a boil, the pasta is thrown in and cooked until al dente.  The sauce is poured over the cooked macaroni and combined, and then poured into a baking dish. 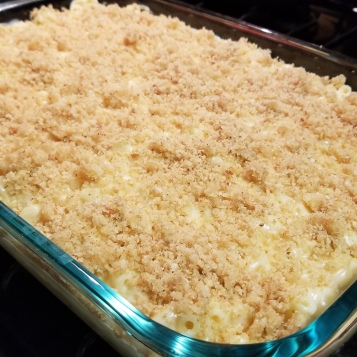 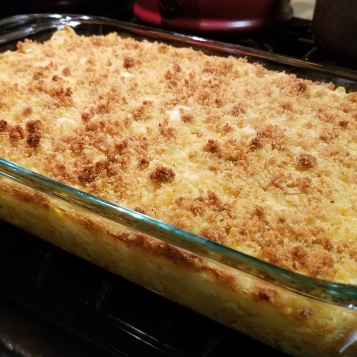 Finally, bread crumbs, grated parmesan, and melted butter are mixed together and sprinkled over the pasta before it goes in the oven to finish cooking. 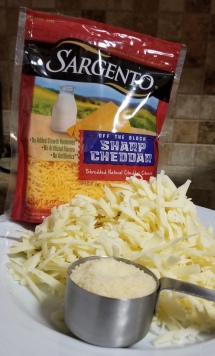 Despite the gallons of cheese put into this, it doesn’t actually taste like it’s too much.  And the breadcrumbs were a fantastic addition!  I would 100% make this again!

The Bechamel will be the most challenging part of this recipe, just because you need to monitor it to make sure it doesn’t burn.  The rest is fairly simple, it just takes quite a while.

You’ll need butter, flour, milk, macaroni, cheddar cheese, Gruyere or Emmenthaler cheese, bread crumbs, Parmesan cheese, nutmeg, salt, and pepper.  Most of these ingredients really aren’t that expensive, and it does make quite a lot of macaroni and cheese.