A review of Felicia’s Banana Walnut Bread from the Desperate Housewives Cookbook. 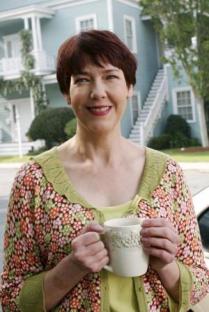 In the 18th episode of the first season, Felicia invites Zach over to her house for some banana bread where they discuss the baby “Dana”…and I’m going to keep my mouth shut now to avoid any spoilers!

First, I roasted walnuts according to the directions within the recipe (this information is provided in a little insert box of text, and not within the main recipe), and I prepared the loaf pan by spraying it with cooking spray and powdering it with flour.

The bananas are throw in a food processor (I used a blender for easier clean up) and mixed with a little bit of lemon juice, to help prevent the banana from browning.  1 cup of the banana mush will be used for the bread, and the rest can be used for a glaze. 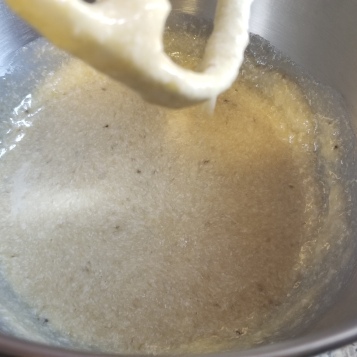 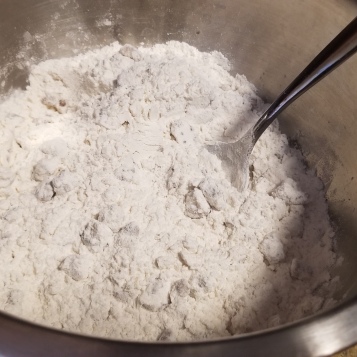 Then it’s poured into a loaf pan and cooked until a toothpick comes out clean! 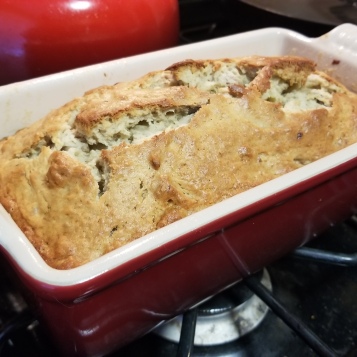 I decided to add the glaze, since I had extra banana mush and what else was I going to do with it?  For the glaze, the banana is mixed with icing sugar until it’s thick enough to thickly coat the back of a spoon.  The bread has to be completely cool before the glaze is poured over top. 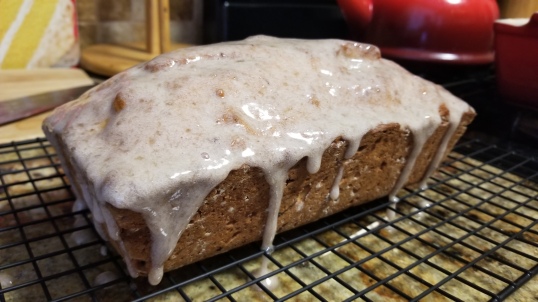 It’s good, but not as good as my mom’s banana bread.  The glaze was only ok, and I wish the bread was a bit softer.

This is an average difficulty recipe verging on easy.  Overall, the recipe is mostly measuring, mixing, blending, etc. but you’ll need to pay close attention to the baking stage to make sure it doesn’t over or under cook.  It also helps to have prior experience making a glaze, or being familiar with what glaze looks like before it’s added so you know when it’s done.

You will need cooking spray (or extra butter), flour, bananas, lemon juice, baking powder, salt, walnuts, butter, sugar, eggs, milk, and vanilla extract or rum (I used a mix of both).  The reason I say this is cheap, is because you probably have most of the ingredients in your pantry and fridge already.