A review of Dr. Pepper Cupcakes & Eight-Layer Dip from The Pioneer Woman Cooks: A Year of Holidays cookbook.

This year I just tried two of the remaining recipes in the Super Bowl section of this cookbook: Eight-Layer Dip & Dr. Pepper Cupcakes.  Both of these recipes can only be found in the cookbook, and not on the Pioneer Woman’s website.

I made the cupcakes first, since I could prepare them a day in advance.  The less I have to do the day of an event or holiday, the better! 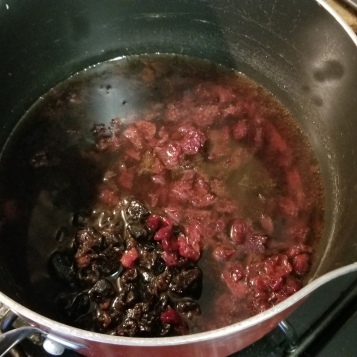 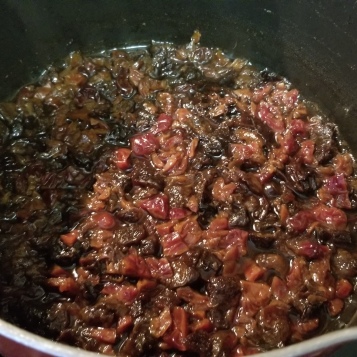 First, the chopped prunes and chopped cherries are tossed in a saucepan with some Dr. Pepper and boiled for about 5 minutes.  In a separate saucepan, butter is melted and then mixed with cocoa powder and boiling water.  Both are set aside to cool. 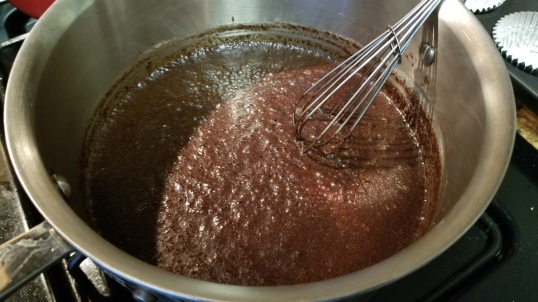 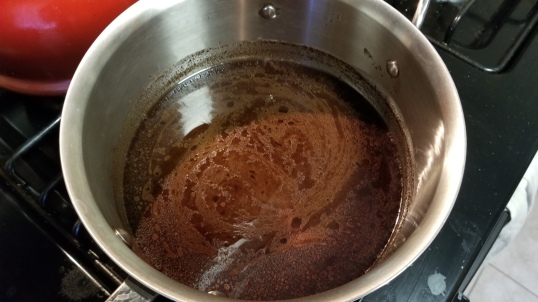 My batter turned out a little runnier than it looked in the cookbook, but they still turned out fine with just a little extra time in the oven. 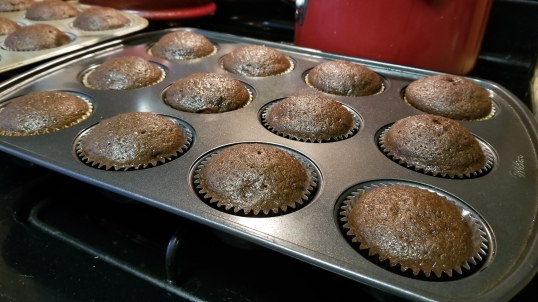 Once the cupcakes are cooled, the frosting is made.  More Dr. Pepper is poured into a saucepan, but this time it’s boiled down and reduced.  It took me longer to reduce than the recipe said it would. 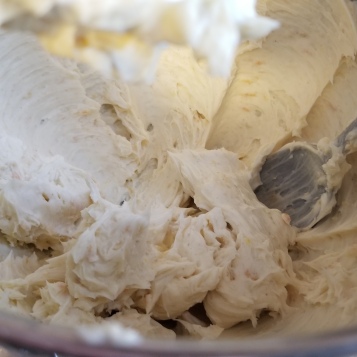 In an electric mixer, all the ingredients are combined, adding the cooled Dr. Pepper reduction last.  Now all that’s left is to ice the cupcakes!

In order to make sure the dip stayed fresh, I waited until this morning to make it. 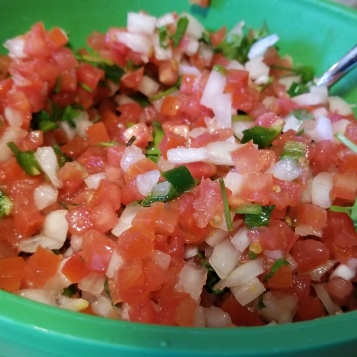 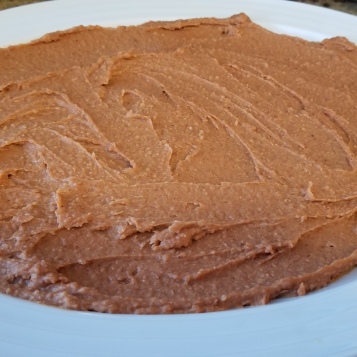 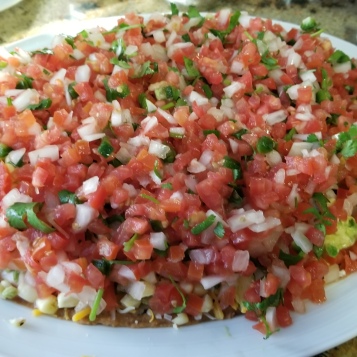 To be honest, I didn’t use as many olives as I was supposed to because I don’t like them and wanted to be able to easily pick them out.

The layer dip was of course really delicious, but while the cupcakes were definitely good they were a little odd.  I’m not actually sure how to describe the taste!  Sort of like a spice cake, maybe?  But sweeter.  The icing is very rich and buttery, and I liked the citrus flavor in it.

I’d say the cupcakes were a little more challenging than the dip, but both probably come in around “average.”