A review of The Six Scallion Dollar Man Burger from the Bob’s Burgers Burger Book.

This recipe is from Season 5, Episode 15 of Bob’s Burgers.

The recipe needs to be started a little more than an hour in advance.  You’ll need to soak the chopped scallions in a coconut-oil, sesame oil, and soy sauce mixture for an hour.  The mixture will be a very weird consistency due to the coconut oil, but that’s okay! 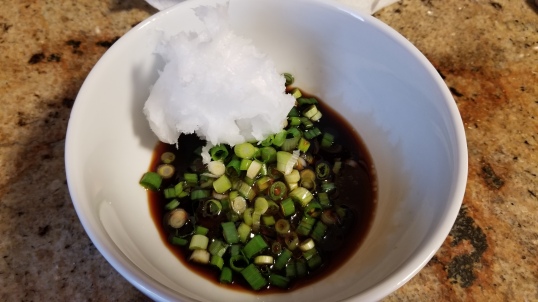 Bok choy leaves are steamed in a steamer basked (or colander if you don’t have a steamer), and then patted dry.

The burgers are made with just regular ground beef, but some ginger is mixed into each one as well.  Note that the ingredients claim you’ll need 1/2 tsp. of grated ginger, but you’ll actually need a full tsp.  The instructions later say to add 1/2 tsp. of ginger to EACH burger.

Once the burgers are cooked and the bok choy leaves are ready, the final step is to heat up the scallion mixture in a saucepan and add honey! 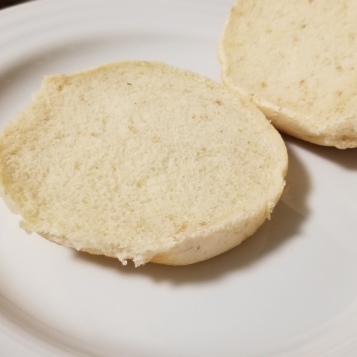 There was A LOT of liquid in my scallions, so I ended up just scooping out the scallions themselves the best I could and not adding all that extra liquid.  The recipe doesn’t clearly say what to do about that, so I took my best guess. 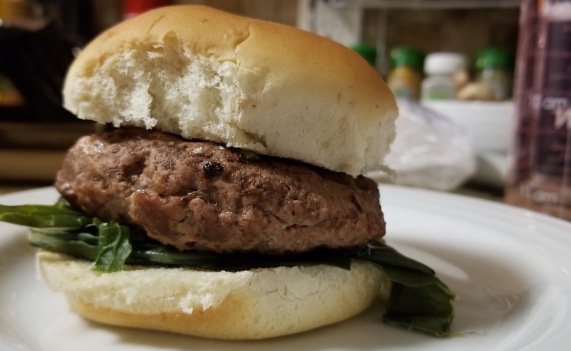 These were (unsurprisingly) very good!  It has a very Asian-like flavor to it, and I particularly liked the coconut-sesame scallions.  My husband, being a HUGE fan of sesame oil, gives this a 10/10.

This burger recipe wasn’t particularly challenging, though it was a little more time consuming than a lot of the others I’ve tested so far.