A brief overview of The Star Wars Cookbook: BB-Ate cookbook that I will be reviewing.

This cookbook specializes in breakfast & brunch recipes, and revolves around Star Wars Episodes VII (The Force Awakens) & VIII (The Last Jedi).  Some of the recipes could be considered a snack as well, like pretzels.  This cookbook was a gift from my sister!

Episodes VII & VIII are the second-last two movies made in the Skywalker Saga (there are numerous other Star Wars movies, TV shows, comic books, video games, etc. though).  The Skywalker Saga is the series that most people are familiar with, following Luke Skywalker, Han Solo, and other very popular characters.  The Saga is broken up into three trilogies: The original trilogy, the prequel trilogy, and the sequel trilogy.  This would be the first two films in the sequel trilogy, since the cookbook came out before Episode IX (and actually, even before Episode VIII) were released.

In these two episodes, we focus more on several new characters, mainly Rey (an orphaned scavenger), Finn (a rebellious stormtrooper), Poe (a resistance pilot), Kylo Ren (the main antagonist who was lured by the dark side), and of course BB-8 (a helpful droid) after which this cookbook is named.  But not to worry, several fan favorites from the original trilogy – Han Solo, Chewbacca, Princess (now General) Leia, and others (trying not to give too many things away!) – still make an appearance! 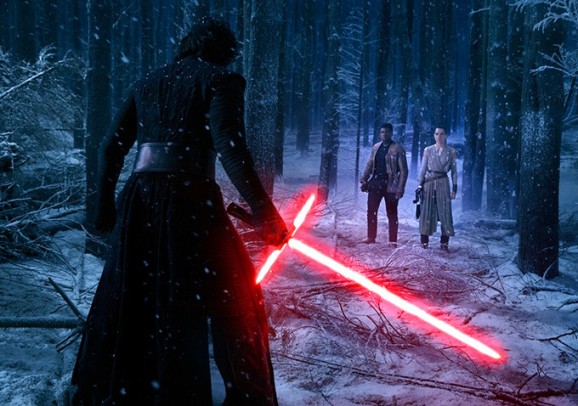 This cookbook follows the same overall format as The Star Wars Cookbook: Wookiee Cookies and Other Galactic Recipes (which is based on Episodes IV-VI).  The cookbook is meant for a younger audience, and is filled with easy-to-make, kid-friendly recipes.  There is a picture for each recipe that usually includes Star Wars toys in the image.  The recipes are parodies, and not recipes for meals that are found in the films. 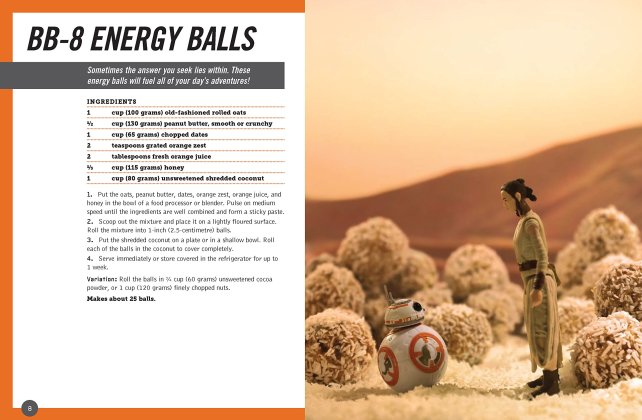 These are the 20 recipes I will be testing before I give my final review: