A review of Negan’s Spaghetti all’Arrabbiata from The Walking Dead cookbook. 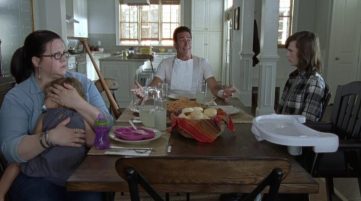 In Season 7, Episode 8, at the beginning of the episode, Negan cooks a spaghetti dinner with Carl while Rick is out.  He then teaches Carl how to set the table before taking a seat at the head of the table.  He, Carl and Olivia eat their meal in silence after he gets tired of waiting for Rick to come home.

This recipe is probably pretty close to what Negan could have prepared.  Aside from the garlic, the ingredients are mostly non-perishables.  And the recipe states that “arrabbiata” means “angry” in Italian – how appropriate!

I did have to make a couple of minor substitutes to the ingredients due to the COVID-19 hoarding, but they certainly didn’t have any affect on taste.  No canned chopped tomatoes were left, but my husband found boxed chopped instead.  The only tomato paste had some basil and oregano in it, as well.  And we had thick spaghetti instead of regular, which we happened to grab a few days before the hoarding started.

The sauce is prepared first.  The garlic is cooked in oil first, followed by tomato paste and dried chile flakes being added.  Once that’s fragrant and dark, the canned tomatoes are tossed in and seasoned with salt. 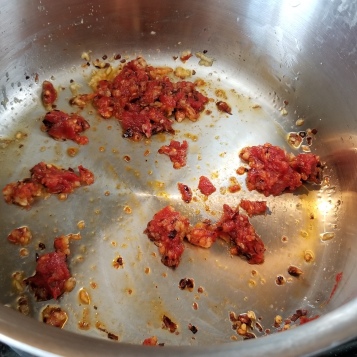 At this point, the sauce is left to simmer while the pasta is cooked. 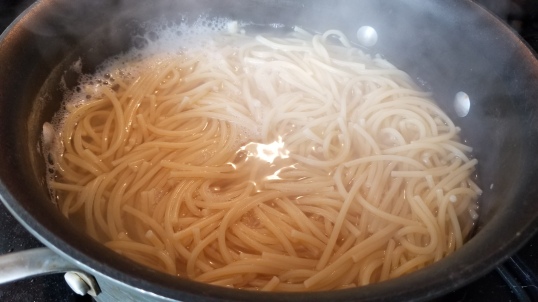 The spaghetti and sauce are then simply tossed together and served!  Technically the recipe calls for only a couple of ladles of sauce to be mixed with the spaghetti, and then one more scoop added on top of each plate.  I opted to just combine it all because really…what’s the difference other than appearance?

This was actually quite delicious for a nearly-entirely non-perishable dinner!  It does have some kick, as a warning!  It had my nose running.

After doing the initial taste test, I added parmesan on top and it really knocked this up to a 10/10.  I’d make this again!

Nothing too difficult about this one!