A review of C3P0at Pancakes from The Star Wars Cookbook: BB-Ate.

These are a nice healthy twist on the usual breakfast pancakes, and another recipe named after fan favorite, C3P0at!

The oats are soaked in milk for about 10 minutes first.  While they soaked, I moved on to step 2: combining whole wheat flour, sugar, cinnamon, baking powder, salt and golden raisins in a separate bowl.  When the oats were sufficiently soaked, eggs and vegetable oil are mixed it before they are added to the bowl as well. 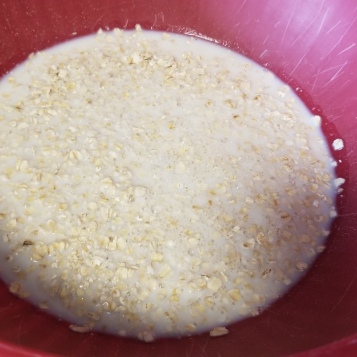 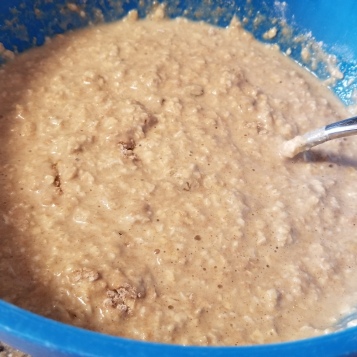 Then the skillet is heated and the pancakes are cooked as normal – melt butter in pan, add pancake batter to the pan, and wait until bubbles start to form on the surface before flipping. 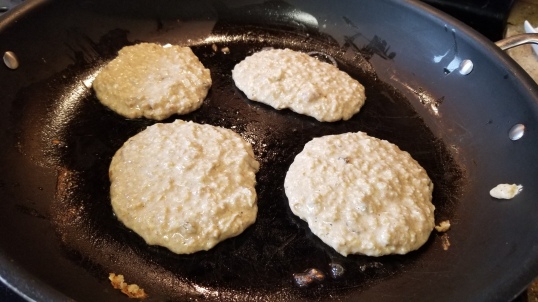 These are served with maple syrup or jam! 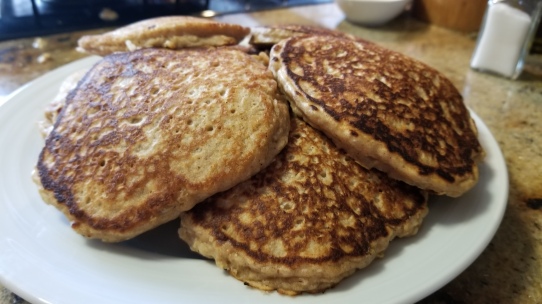 My husband gave these a 10/10 because they tasted good even though they were healthy, but they weren’t quite a 10 for me.  Still very good though!  I tried them with both jam and syrup, and while I preferred syrup both options were tasty.

He also mentioned that they’d be really good with apple, and I whole-heartedly agree that would definitely elevate the flavor of these to a full 10/10.

Mixing the batter is quite easy, but you’ll need to watch the stove closely to make sure you don’t undercook or overcook these.