A review of Vegetarian Chili from The Desperate Housewives Cookbook.

I’ve grown up on Chili con Carne, so I was kind of on the fence about this one…until I tried it.  Absolutely delicious!

Onion, bell pepper, carrots, and garlic are cooked in a heavy pot first, and then once lightly browned mushrooms are added and cooked until their liquid evaporates.  I chopped my mushrooms a bit larger than the recipe suggests so I could easily pick them out later (I don’t like the texture of mushrooms). 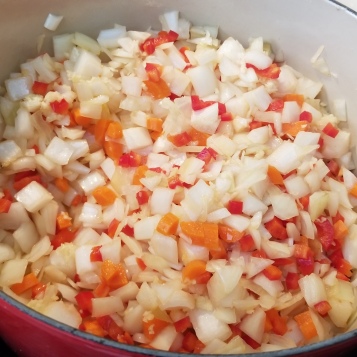 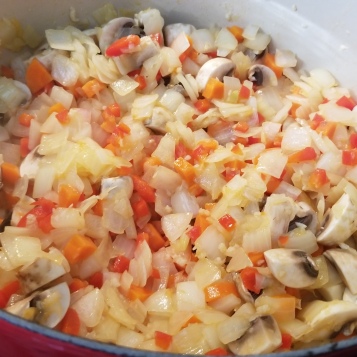 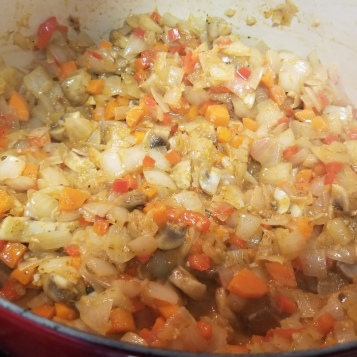 Next, in go the spices followed by the canned diced tomatoes.  The whole thing simmers for about 10 minutes, until the veggies are really tender, and then beans are added and heated through.  Last step is to stir in some cilantro and serve! 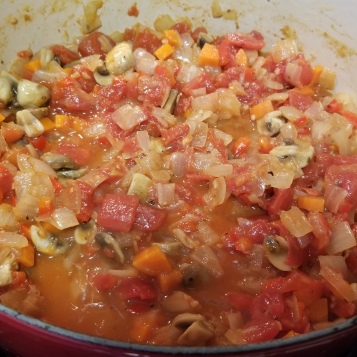 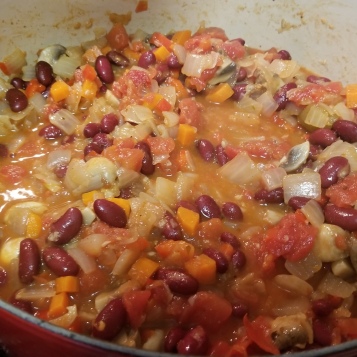 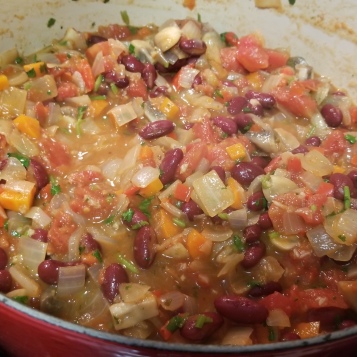 The recipe calls for serving with a dollop of sour cream and/or chopped red onion on top, but I didn’t have either of these on hand I served ours over white rice – exactly how I’d usually eat Chili con Carne. 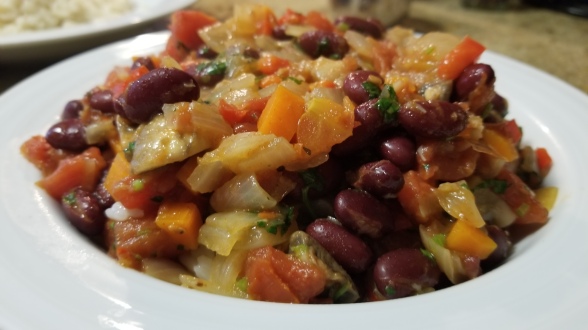 This was very good!  I actually would like to try it on its own next time, with the dollop of sour cream as suggested.  I bet that would be great!

It takes a while to chop everything up, but the rest of the recipe is just adding ingredients at the right time.