A review of the Bacon Chocolate Milkshake from the Fifty Shades of Bacon cookbook.

I’ve been putting off the last few bacon recipes, because bacon mixed with desserts just really doesn’t excite me.  But it’s time I push through!  I decided to start with this bacon chocolate milkshake…sounds appetizing, huh?

Making the milkshake was really easy – cook up some bacon, and toss the bacon, ice cream, milk and chocolate syrup into a blender.  Then blend and pour.

And voila!  Bacon milkshake.  I cut this recipe in half, since I wasn’t expecting to enjoy it very much. 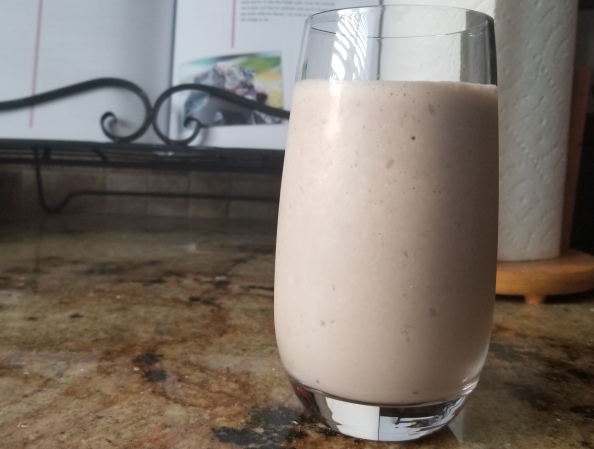 Actually not as bad as I thought!  The bacon isn’t too strong, though you will get some bacon bits to chew in there.  My husband thought it was a 7/10 with his first sip, but by the end it grew on him and he gave it a 9/10.  I was the reverse: 9/10 with my first sip, but the more I tasted bacon the lower the score got.

Just cook up some bacon and then toss all ingredients into a blender.