A Feast of Ice and Fire: Traditional Flatbread

A review of Traditional Flatbread from the A Feast of Ice and Fire Cookbook.

“A serving man brought [Doran Martell] a bowl of purple olives, with flatbread, cheese, and chickpea paste.  He ate a bit of it, and drank a cup of the sweet, heavy strongwine that he loved.” – A Feast for Crows

As with the modern flatbread recipe (reviewed here), be prepared for this one to take a while.  You won’t be working the entire time, but since yeast is involved there’s several moments where you need to let the dough sit and rise. 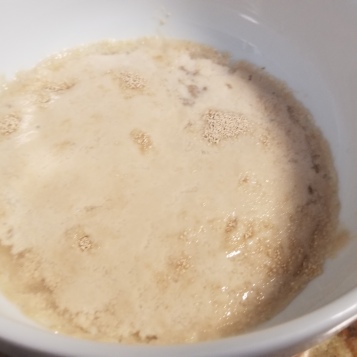 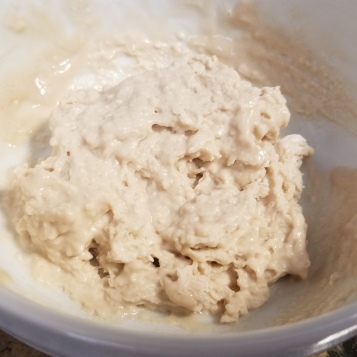 First, a sponge is made by letting yeast and sugar sit in warm water for 10 minutes, and then mixing with flour and letting the whole thing sit for 30 minutes.  “Sponge” is definitely an accurate way to describe the resulting concoction! 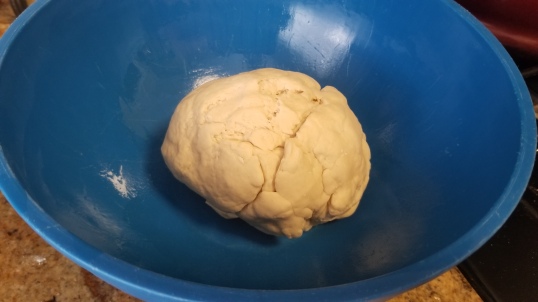 Then the sponge is mixed into flour, along with more warm water, salt, and olive oil.  The dough is kneaded for 15 minutes (okay fine, I got tired after 10 minutes and stopped early) and placed in a greased bowl.  It’s loosely covered and left to rest another hour. 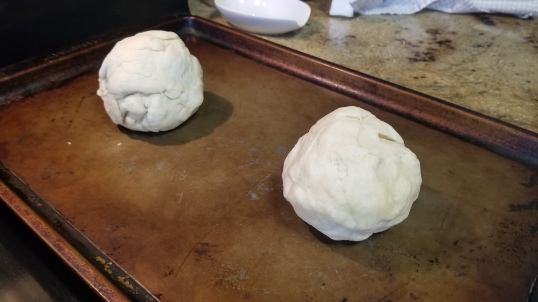 The dough is then punched down and divided into four balls…I had cut the recipe in half, so I only made two balls.  I’m not wasting any extra flour or yeast than necessary right now, when it’s so hard to get a hold of!  Then let it sit, once again, for 30 minutes.

Finally, the dough is flattened and stretched into 1/2 inch discs, glazed with egg, sprinkled with black sesame seeds (or poppy seeds…though both are optional), and poked with holes all over using your fingers.  Into the oven it goes at 550F for 6-8 minutes.  My oven only went up to 500F, and it always takes longer to cook anyway, so mine was in there for more like 12 minutes before it was a nice golden brown.

I had mine with homemade chickpea paste (aka hummus, from the same cookbook – reviewed here), but the recipe also suggests that it tastes great with honey!

Unlike the modern version of this recipe, this is a bit more hearty and rustic.  I thought at first I might have cooked it too long since it seemed hard on the outside, but it was nice and soft in the middle – perfectly baked!  And it went great with the hummus!

The hardest part for me was kneading the bread for 15 minutes – I gave up at 10 minutes.  But as long as you follow the instructions, and watch the oven closely to make sure the bread doesn’t overcook, you should do just fine!