Poutine on the Ritz Burger

I’ve been saving this recipe for Canada Day!  As a Canadian I was very excited about it, but ultimately was pretty disappointed.  While this burger is good, it is not like “real” poutine. 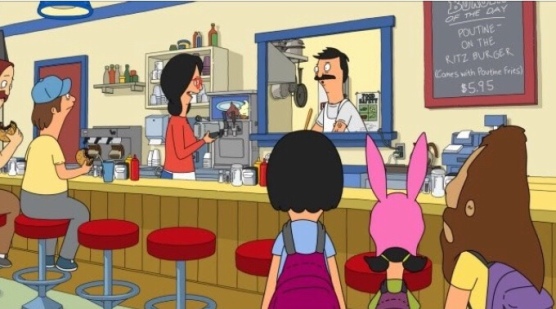 First, I opted to use frozen fries instead of following the fries recipe in the cookbook.  I’ve made the cookbook fries before (here) and they didn’t turn out great, so I felt it was better to be safe than sorry.

While the fries baked in the oven, I mixed together the spices in a bowl, shaped the burgers, and made the gravy.  The gravy started with a roux (melting butter and mixing in flour), and then beef stock and pepper was added.  I kept the last cup out and finished that up once the fries were done, since the key to a good poutine is gravy that is hot enough to melt the cheese curds. 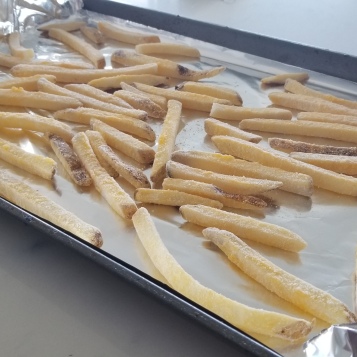 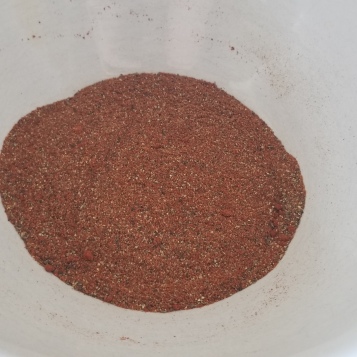 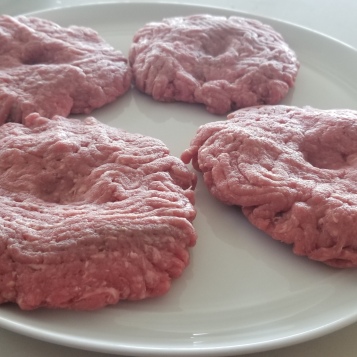 When the fries were done, I tossed them in the spices.  There was way too much of the spice mixture for the amount of fries I had, and work called at the same time as I was mixing these which caused a distraction, so they ended up being way over-spiced. 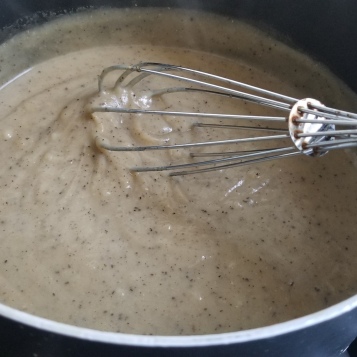 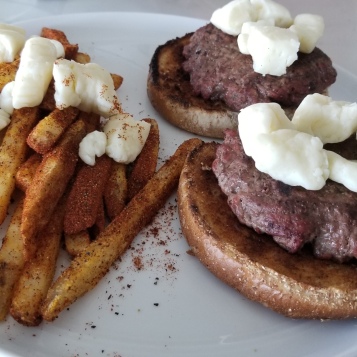 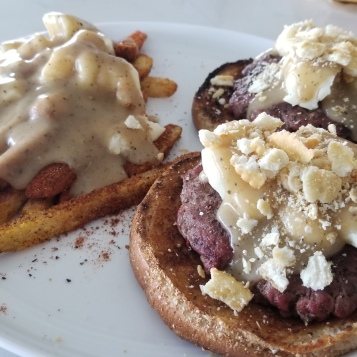 The fries and open burgers were put on a plate with cheese curds over them both.  Then I finished off the gravy, heating it up and added some more beef broth to make it the right consistency, before pouring it over both the fries and the burger.  Finally, Ritz crackers were crushed and sprinkled over the burger before topping it off with the top bun. 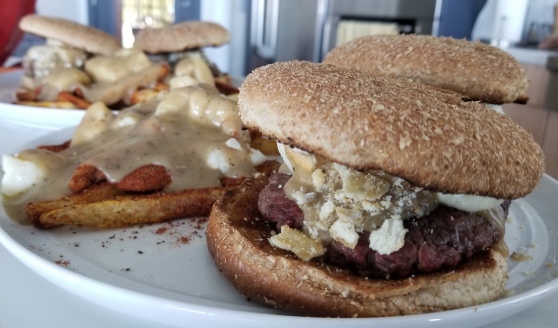 The burgers were better than the fries, more like an 8/10, but as mentioned early in my post – this is not real poutine.  The gravy was very different than poutine gravy, and I didn’t love the spiciness on the fries (not to mention I applied too much!).  The Ritz crackers on the burger were fine, but didn’t really add anything.

Thankfully, I bought some poutine gravy mix on Amazon earlier this week, so I’ll be making some real poutine to satisfy my craving tomorrow 🙂 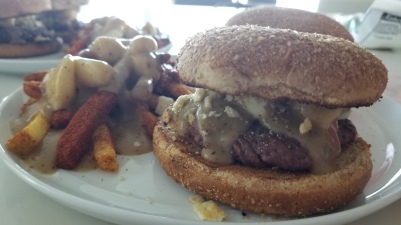 If you make the fries from scratch by following the cookbook’s recipe, that will add to the complexity a bit.  But without that, the toughest part is really making sure the roux doesn’t burn and the gravy is the right consistency…and apparently being a little more careful with the spices for the fries!

Also, make sure your gravy is nice and hot when you’re ready to pour it over the cheese curds.  You want those curds to start melting!