The Necronomnomnom: The Oats of Dagon

A review of The Oats of Dagon from The Necronomnomnom cookbook

The Oats of Dagon 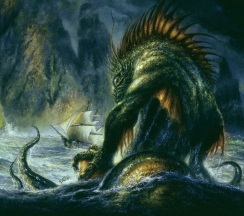 As usual, I kicked off this new cookbook with a breakfast recipe: The Oats of Dagon.  The Oats of Dagon is actually “Apple Crumb Squares,” according to the cheat sheet in the back of the cookbook.

In the Lovecraft universe, the Dagon is an enormous Deep One (an ocean-dwelling species that is a hybrid of human and fish) of advanced age that is worshipped by the “Cult of Dagon” as a deity. 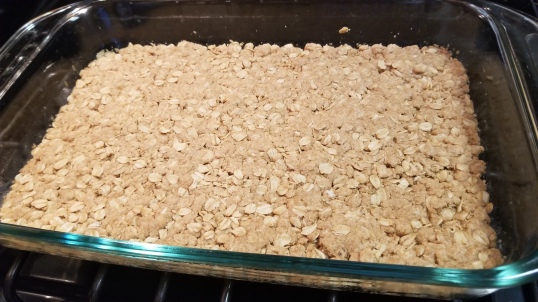 For the base, rolled oats, flour, melted butter, cinnamon, salt, baking soda, nutmeg, and brown sugar are all combined together.  Some of the mixture is set aside to be the topping later, but the rest is pressed into the baking dish and baked until a crust forms. 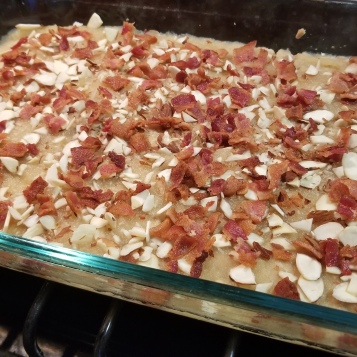 Once baked, applesauce is spread over top, and then crushed almonds and crumbled bacon are sprinkled over top before adding the remaining crumb mixture.  The final step is to sprinkle with powdered sugar before baking.

Once cooled, it’s cut into squares and enjoyed for breakfast!

This was really good, but would have been made better with real apples instead of applesauce.  Though I admit I did appreciate that using applesauce sped up the prep time!

None of the steps to this recipe were very challenging.  It’s just mixing and chopping for the most part as prep, and then spreading and sprinkling things in layers into a baking dish.