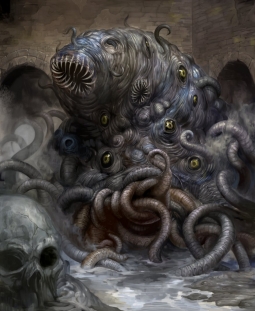 This recipe, as you probably already guessed, is goulash.  But it also includes potato balls that look similar to shoggoths, which is a large gelatinous shapeshifting creature full of eyeballs and mouths.

This is the order I’d recommend making this dish so that it all finishes around the same time: prepare all ingredients, make the goulash up to draining the cooking liquid (after the ground beef is browned), then form the potato balls and put them in the oven, and finally finish the goulash. 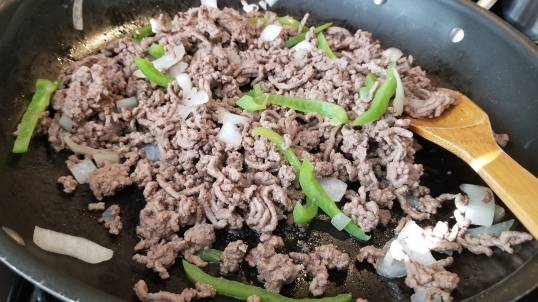 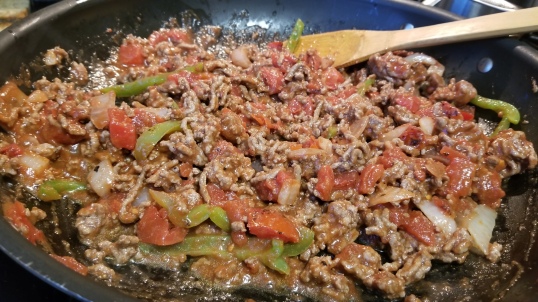 The goulash is simply cooking the veggies, beef, and sauces over the stove until cooked through.  The potatoes take more time, but you’ll need that drained cooking liquid from the ground beef, onion and pepper to include in these potato balls. 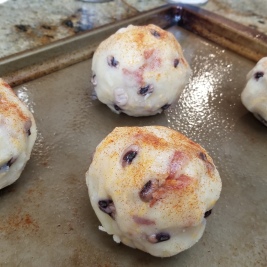 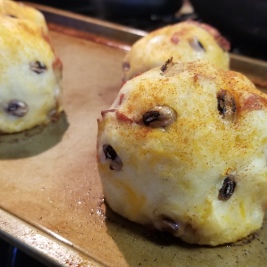 For the potato balls, the ingredients are mixed together, formed into 4 large balls, and then have pearl onions and black-eyed peas pressed into the surface to look like jelly and eyes.  These are then dusted with paprika, baked until golden and warmed throughout, and placed on top of the finished goulash. 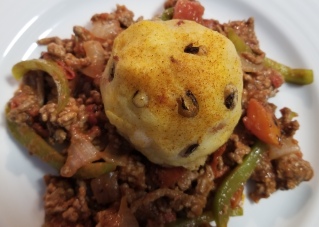 The goulash is incredibly easy – once everything is chopped, it’s just a matter of cooking it over the stove until beef is browned or for as long as the recipe calls for.

The potato balls were not all that challenging either, but you will need to be careful about making sure you have the right amount of liquid in the potatoes to keep them together – too little and it will crumble, and too much it will become mush.