The Necronomnomnom: The Custard Out of Space

The Custard Out of Space 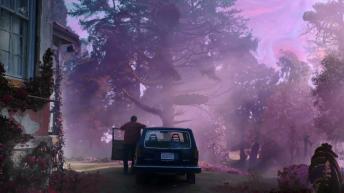 This is in reference to one of H. P. Lovecraft’s short stories, “The Colour Out of Space.”  In the story, as a meteorite cools, it leaves behind globules of color that are not a known color in the world.

The custard is made by cooking milk, sugar, cornstarch, and eggs over the stove, and then adding vanilla. 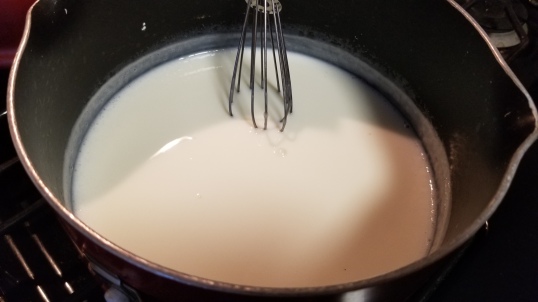 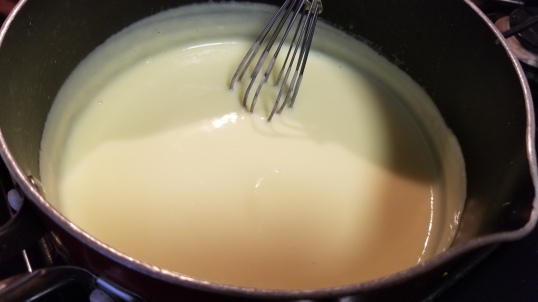 And then it’s just a matter of layering – custard, bananas, maple syrup, food coloring drops, then repeat one more time before a final layer of custard and coloring. 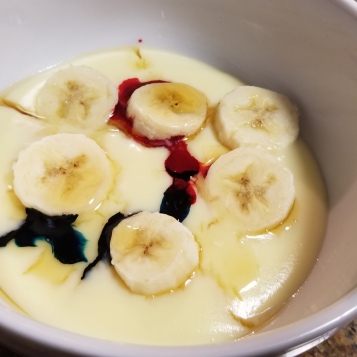 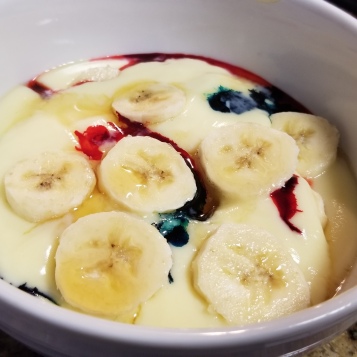 They also give the option of adding specific silver candies, but I didn’t really want to spend money on that just for one recipe.

I wasn’t entirely sure what the end result was supposed to look like, so I googled it and found a photo on the Necronomnomnom Facebook page…mine did not look like this!

I think the instructions were lacking a bit on this one – in the Facebook page it looks like the bananas are on the top layer as well, but in the cookbook it says to only add custard and coloring on the top layer.  The colors are also pretty different than just drops of red and blue food coloring – I suspect they wanted me to combine the colors and drop them on top of each other, rather than spreading the color out.

I did change two things though, which could have affected the look.  One thing is this is supposed to be made in a clear glass bowl, but I didn’t have one.  I also split the custard into just two bowls instead of four, so maybe it would look better in a smaller dish.

I did accidentally drop a giant ziploc bag of flour into one of the bowls, and that one looked a bit more “space” like!  Aside from the food coloring splashing all up the sides of the bowl, of course. 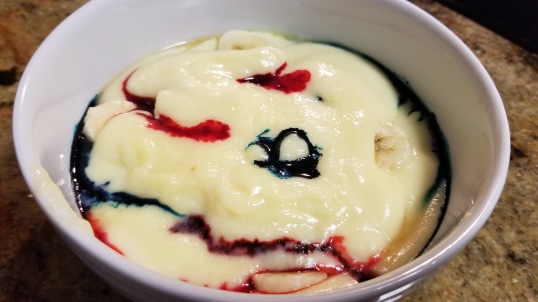 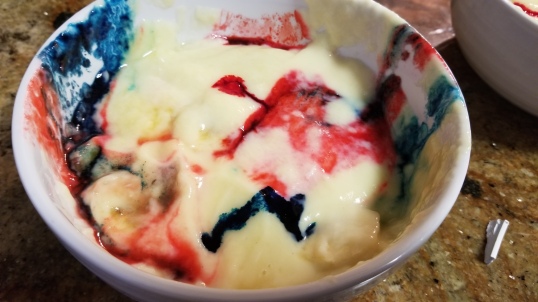 We weren’t thrilled with this.  It was certainly edible and not terrible, and the banana definitely helped, but maybe we’re just not custard people.

This was relatively easy to put together as long as you follow the directions closely.  You don’t want to cook this at too high of a heat.