A review of Mrs. Huber’s Date Nut Bread from The Desperate Housewives Cookbook.

This is another one I don’t recall actually being in an episode of Desperate Housewives, but if anyone was to make it on the show then it would definitely be Mrs. Huber. 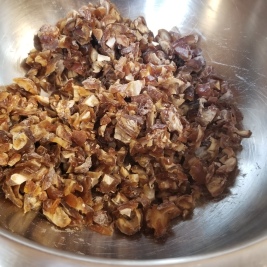 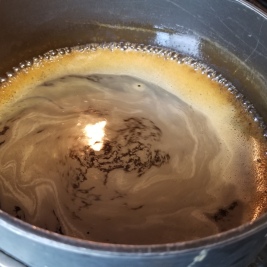 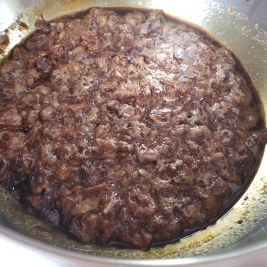 First, the chopped dates are tossed with baking soda.  The molasses and water are heated over the stove and then poured over top, causing the whole thing to foam up.  This is now left to sit until cooled to room temperature.

While the recipe suggests you start the oven in the very first step, I’ll note that it does take a while for the dates/molasses/water mixture to cool so I opted to start my oven once it had reached room temperature. 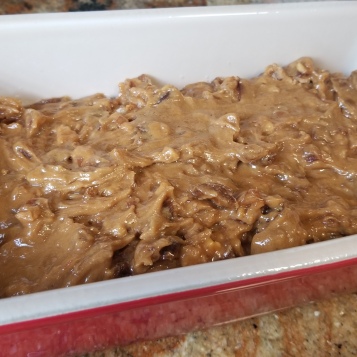 Once cooled, a well-beaten egg is added to the date mixture followed by white and brown sugar.  Flour, walnuts and baking powder and tossed together separately before adding in to the mixture as well, forming a bread batter.

This batter is now poured into a prepared loaf pan and cooked until a toothpick comes out clean. 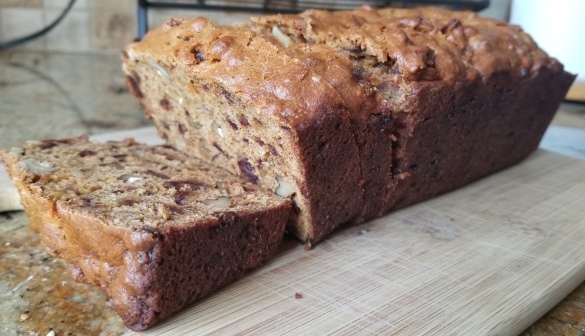 I’m not a big fan of dates so maybe that’s why this didn’t grab me.  My husband actually gave it a 9/10.  Both of us thought it was missing something – I felt it could use more spices, like cinnamon, while he thought it needed icing on top.

This is not difficult to prepare at all.  Mostly this is just a matter of mixing ingredients together and baking it, with the only step over the stove being to bring molasses and water to a boil.