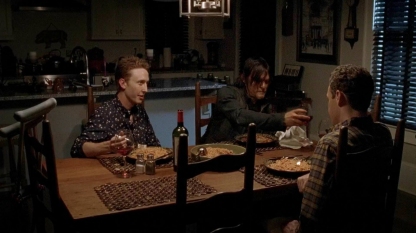 This is the pasta that Aaron and Eric serve to Darryl in Season 6 of The Walking Dead.  Although, I’m pretty sure in the show they call this “spaghetti” and not “linguine.”

I must admit, the recipe indicates how to make your own sun-dried cherry tomatoes, either literally sun-dried or made in the oven, but I did store-bought sun-dried tomatoes (not even cherry, just regular tomatoes) and I regret it.  This probably would have tasted better with the homemade cherry tomatoes.

The pasta was pretty easy to make.  Onion and garlic are minced in preparation, and then while waiting for the water to boil and pasta to cook, the sauce is prepared. 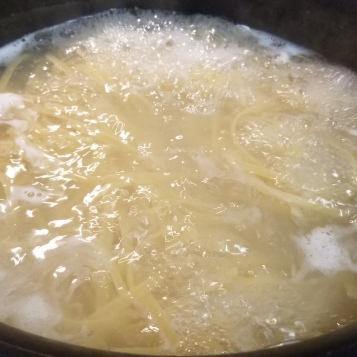 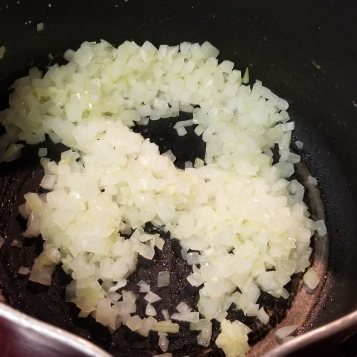 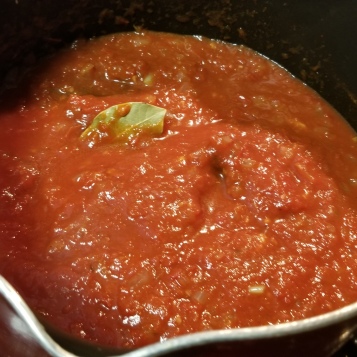 First the onion and garlic are cooked, then the sun-dried tomatoes, a can of crushed tomatoes, and a bay leaf are added to the pot.  This simmers until the pasta is ready.

While the pasta cooks and the sauce simmered, bread crumbs are cooked until golden brown. 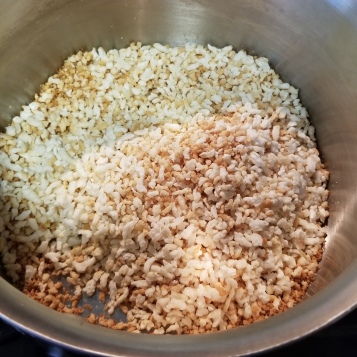 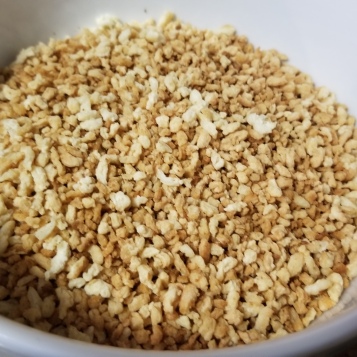 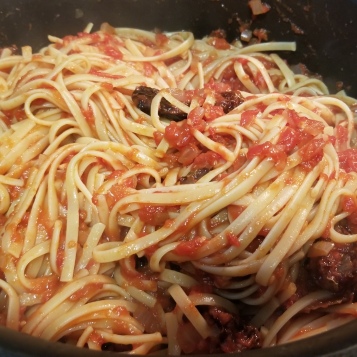 To finish, the pasta is drained, the sauce is mixed with the pasta before serving in bowls, and the bread crumbs are scattered on top of each dish. 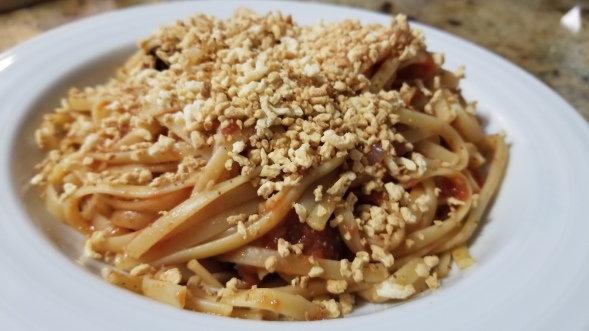 It was okay.  Like I said earlier, I think if I had made the recommended homemade sun-dried cherry tomatoes this would have tasted better, but instead I used store-bought.  I found the flavor was pretty average and bland, and while the crunch of the toasted breadcrumbs was nice I always find serving bread with pasta is redundant and unnecessary carbs.

This is really easy to prepare.  It’s mostly adding things to the pot over the stove.  Just be careful with the breadcrumbs, as they are quick to burn if you forget about them.

1 comments on “The Walking Dead: Aaron and Eric’s Linguine”