A review of “Hershel’s Spaghetti Tuesday Dinner” from The Walking Dead Cookbook.

“I hereby declare we have spaghetti Tuesdays every Wednesday.  First we have to find some spaghetti.” – Hershel, Season 4 Episode 5 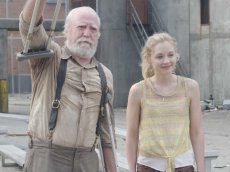 I know, I know – I’ve messed this up already by not making this on a Wednesday.  But I promise it tastes the same any day of the week!

This meal is never actually seen on the show, and is just a fun suggestion made by Hershel (one of my favorite characters!  Up until, well…you know…).

This recipe is completely vegetarian, which makes sense since meat is probably hard to come by during the zombie apocalypse.  It does use up quite a bit of water to make tomatoes easier to peel – nice for us, but unrealistic for an apocalypse where water is scarce. 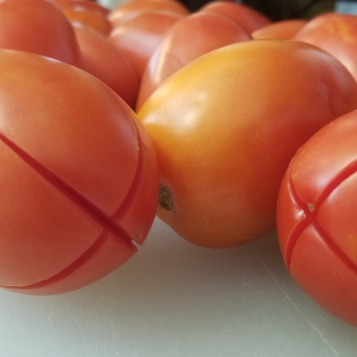 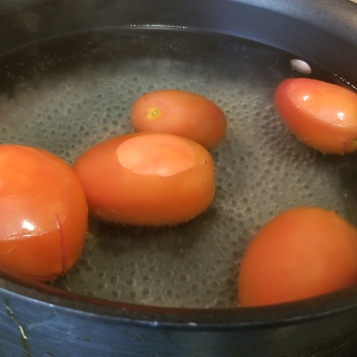 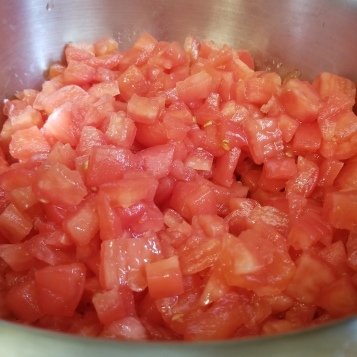 For the tomatoes, they have an “X” cut into the bottom of each, and then are boiled for half a minute to make it easier to peel the skin off.  Before peeling they are dropped in a bath of ice water to cool down for handling.  Once peeled, they get cut in half, the seeds are scooped out, and the tomatoes are chopped up. 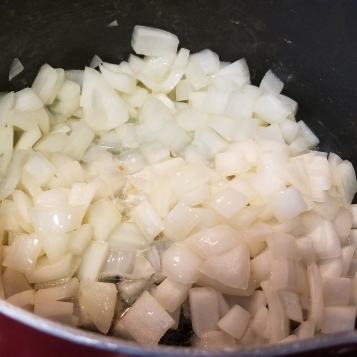 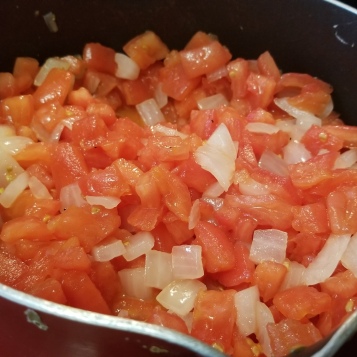 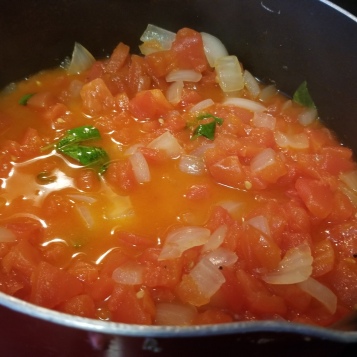 For the tomato sauce, the onion is sauteed in butter before adding the tomatoes, salt, and pepper.  It’s left to simmer while the spaghetti cooks.  Despite not adding any liquids, the tomatoes do become an actual sauce after a few minutes.  A little too liquid for a pasta sauce, actually.

The final step before mixing the spaghetti with the tomato sauce is to add some hand-torn basil to the sauce. 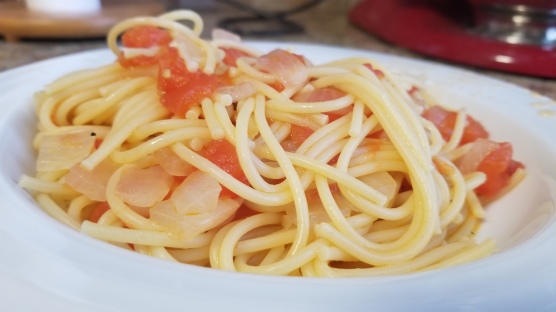 This is good, but a little bland overall.  The sauce also had too much liquid.  You might consider mixing a little bit of flour in with the tomatoes to thicken it up. 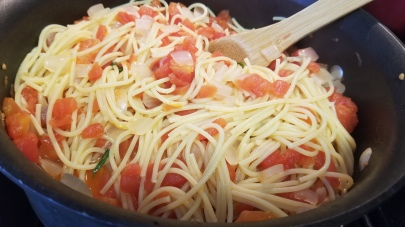 The only possible tricky part is the tomatoes.  Not very complicated, but it is very time consuming.