A review of Starkiller Pancakes from The Star Wars Cookbook: BB-Ate. 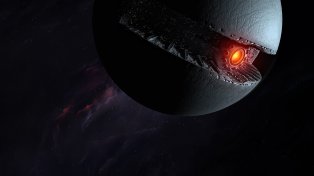 These sounded like some fun pancakes to make this weekend!  They are based on the look of The Starkiller, a base belonging to The First Order.

You need to work fairly quickly once you get these on the stove, so be as prepared as possible in advance.  You’ll also need special equipment: a squeeze bottle.  I didn’t have one of these and couldn’t find one in time, so I ended up snipping the end of a ziploc bag, but it was pretty messy.  A squeeze bottle will be much easier. 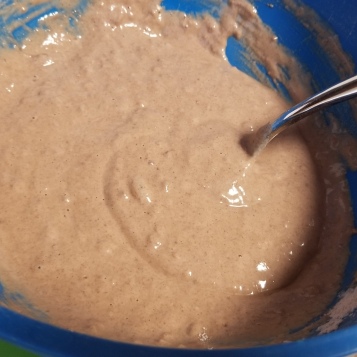 To start, the flour, sugar, baking powder, salt, and 2/3 of the cocoa powder are combined in one bowl.  In a separate bowl, the milk, egg, and vanilla are mixed together.  Then the two are combined.

1/3 cup of the mix pancake mix is removed, and more cocoa and milk are added to make it a little bit darker than the main batch.  This is what goes into your squeeze bottle. 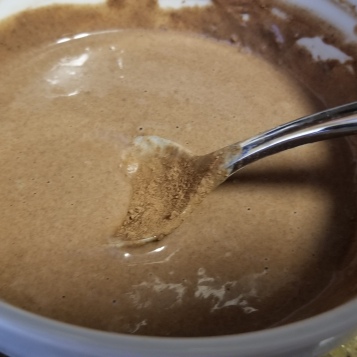 Now we’re supposed to be using maraschino cherries, which frankly would have probably looked better than the real cherries I used, but apparently everyone here in LA is snatching them up!  I couldn’t find them anywhere, so I used real cherries instead.

These cherries are cut into three pieces, and only the middle section is used – the other two halves are eaten!

Once the greased pan is heated, a circle is drawn with the squeeze bottle along with two lines in the middle.  The maraschino cherry goes “to the left of the band” (but I put mine in the middle, because that’s what it looks like in the movie).  Then the regular pancake batter is ladled over top.

Now these cook like regular pancakes – once the pancake batter starts to bubble, flip it, and finish cooking. 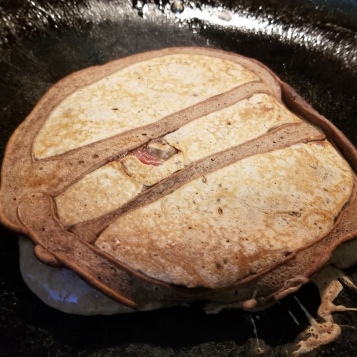 I had mixed results with mine – the first one was undercooked, the second overcooked, and the last one was just right!  It’s supposed to make 4 pancakes, but I only managed to get 3 out of my batch.

Serve with maple syrup or jam and enjoy!

I was actually pretty disappointed with these.  They look pretty cool, but the flavor is quite bland.  The cherry helps a little bit, but there’s only one single cherry slice in the entire pancake.

You’ll need to work quickly once you start cooking to make sure nothing burns while you’re designing these pancakes!

Cost will depend on what’s already in your pantry and fridge.  In most cases you’ll probably need to buy an entire jar of maraschino cherries, even though you only need a few.  You’ll need flour, sugar, cocoa powder, baking powder, salt, milk, egg, vanilla extract, and maraschino cherries.  And of course, maple syrup and/or jam for serving!