A Feast of Ice & Fire: Breakfast in Meereen & Honey-Sweetened Wine

A review of “Breakfast in Meereen” and “Honey-Sweetened Wine” from the A Feast of Ice and Fire cookbook.

The quote for today’s recipes happens to be the same for both!

“Dany broke her fast under the persimmon tree that grew in the terrace garden… Missandei served her duck eggs and dog sausage, and half a cup of sweetened wine mixed with the juice of a lime.” – A Storm of Swords

I couldn’t find “duck” eggs, so I used regular chicken eggs, and of course the recipe did not call for actual dog sausage, so this meal wasn’t exactly the same as what Daenerys ate in Meereen, but it’s close. 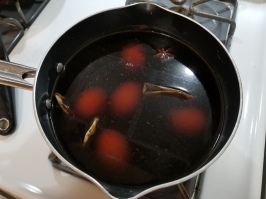 I got started on the eggs last night, because they need to sit in the dyed water for hours.

Once they were boiled, I cracked the shell a little bit all over.  Then tea bags, soy sauce, cinnamon, cloves, and a star anise were added to the water and the eggs were boiled some more before sitting in the water overnight. 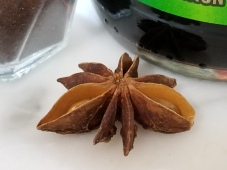 I’ve never used, or even seen, star anise before.  Surprisingly it was available at my local Vons grocery store!  It looks like a little dried flower, and smells like black licorice.

The next morning, I cooked the (regular breakfast) sausage and peeled the eggs carefully. 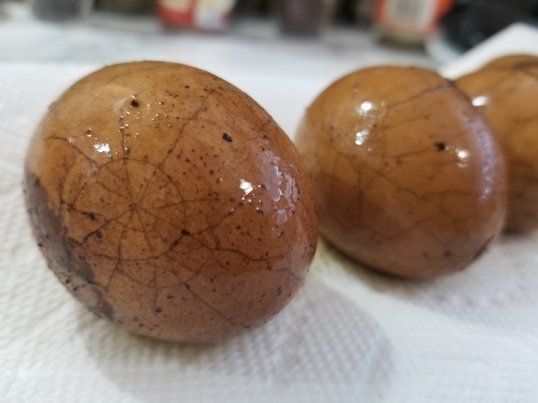 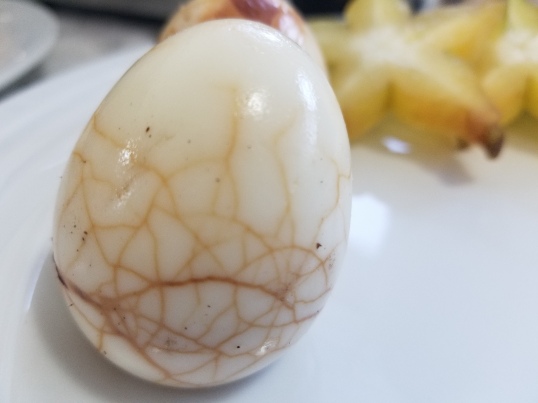 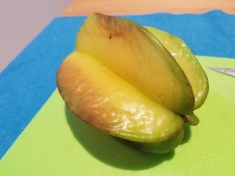 The recipe suggests serving with persimmon, figs, dates, or other fruit as well.  We had figs at the house already, so I included those, and I had picked up a star fruit specifically to serve with this breakfast.  It seemed exotic, and it’s something new that we’d never tried before.  Turns out, it’s kind of similar to apple in both crunchiness and flavor!

This made for a very interesting looking breakfast – not something we would normally feast on! 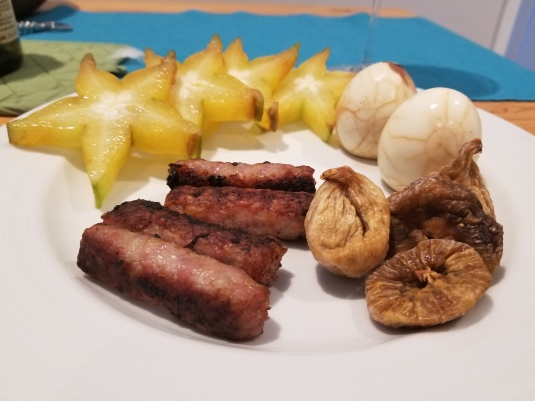 And, after tasting it, not something we would ever feast on again…

The egg was very strange.  I don’t know if maybe my brain was not able to get past that flavor combined with the consistency of the egg, but I took one bite and couldn’t get through the rest.

My husband ate two full eggs before deciding he didn’t want the rest, either.  At least he got through more than I did! 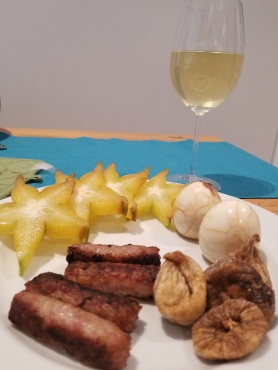 The sausage was of course good, and we enjoyed the fruit, but seeing as the eggs were the only things the cookbook provided directions for, that’s what I’m reviewing here.  They looked really cool, and would be interesting to include at Halloween, but the flavor was not for us.

The boiling of the egg is easy enough, but you do need to be careful when cracking the shell not to overdo it.  On a couple of the eggs, the crack was too large and that whole section ended up getting dyed instead of just the little lines.

The eggs themselves were cheap, of course, but you do need to also purchase sausage and star anise.  You really only need one star anise for this recipe, but it’s purchased in bulk. 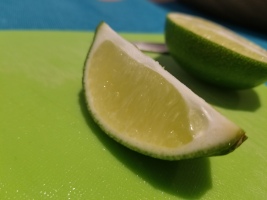 Simply pour yourself a glass of wine, add some honey and lime juice, and stir together.

This recipe we did end up enjoying, and it was kind of fun to start off our morning by drinking wine 😀 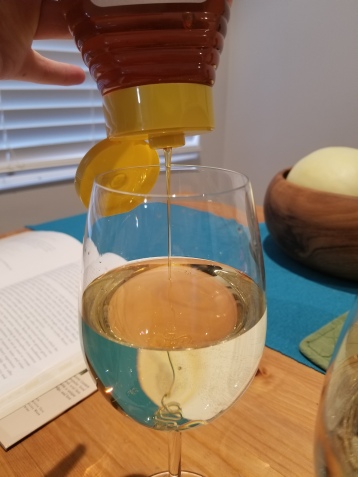 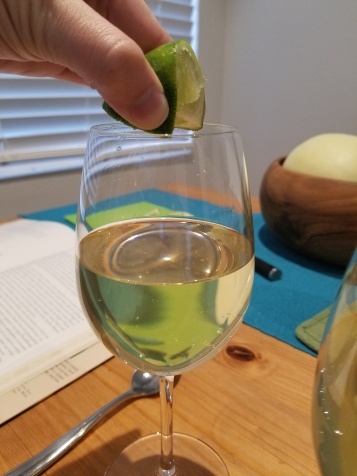 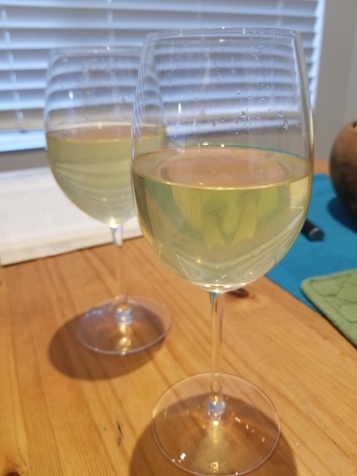 Just mix everything together!

Cost will depend on the bottle of wine you purchase.  Ideally you get a cheap bottle for this recipe, since it doesn’t make sense to dilute an expensive bottle with honey and lime.

Play with the amount of honey and lime you add to get the flavor that works best for you! 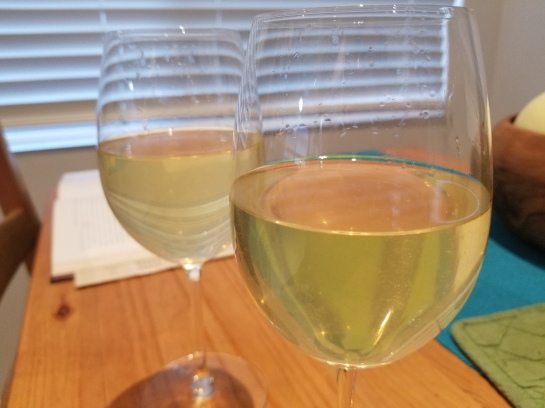