A review of the Bacon Lattice Apple Pie recipe, from the Fifty Shades of Bacon Cookbook

I was a little wary of this recipe (and, frankly, the rest of the dessert recipes from this cookbook) from the beginning.  Bacon combined with sweet doesn’t really excite me.  But, I’ve promised to try a variety of recipes from each cookbook so that’s what I’m going to do! 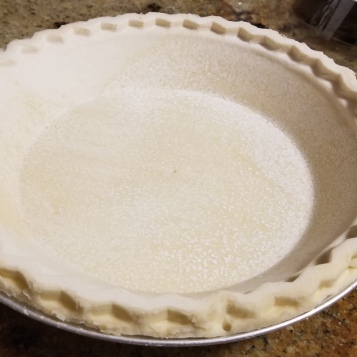 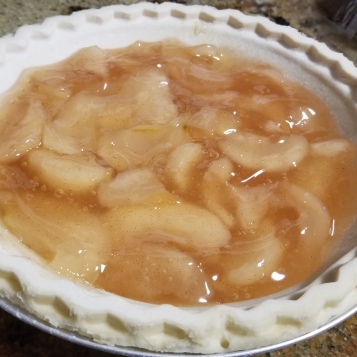 The recipe itself is extremely simple, and only requires 3 ingredients: store-bought pie crust, apple pie filling from a jar/can, and bacon.

The pie crust is filled with the filling, and the bacon is woven like a basket over the filling.  That’s it!  Into the oven it goes!

Not only did I not like the bacon with the apple pie, but I didn’t really enjoy the apple pie itself.  It did not hold together well, and a pre-made / store-bought crust and filling will never be as good as if it’s made from scratch.

The bacon also wasn’t cooked thoroughly.  I’ve actually made a woven bacon top on a pie before (Modern Beef and Bacon Pie), and what they did differently was cook the woven bacon top in the oven before placing in on top of the pie.  I think what happened here is that the wetness from the apple pie filling didn’t allow the bacon to crisp up. 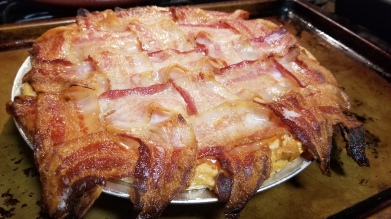 Weaving the bacon is the most difficult part of this recipe, and it’s really not very challenging at all.